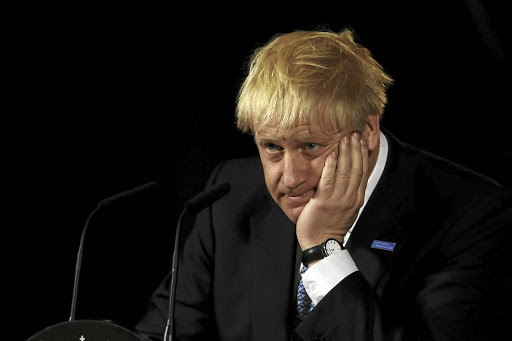 If .Britain's prime minister Boris Johnson's decision to suspend parliament was taken by Zimbabwe, the Brits would probably be calling for more sanctions to be imposed, the writer says.
Image: Getty Images

It is the kind of stuff you'd expect from a banana republic, but then again the UK probably should have been declared a Banana Kingdom the moment its Brexit debacle resulted in Boris Johnson becoming its prime minister.

Who would have thought that the UK, for decades regarded by some as a model for parliamentary democracy, would be plunged into a crisis by a prime minister's decision to suspend parliament?

All of this because he is determined to push through with the UK's withdrawal from the European Union without a negotiated exit plan. He is essentially trying to prevent democratically elected public representatives from having a major say in what is likely to be the UK's most important decision for decades to come.

Official opposition leader, Jeremy Corbyn, who heads the Labour Party, correctly described Johnson's move as a "smash and grab raid against our democracy".

"Ready and willing" to do a Brexit deal, Britain tells EU
News
2 years ago

If this outrageous development was playing itself out anywhere on the African continent, or any part of the global south, the UK would have been among the first countries strongly condemning the move. If it was in Zimbabwe, the Brits would probably be calling for more sanctions to be imposed.

By the time of going to press, over a million people had signed a petitition against the suspension.

All of this may seem like something to laugh about for us down here on this continent because the UK development turn the notion of dysfunctional democracy, which we are often associated with, on its head.

But this is a serious issue. It shows the grave danger of populism, which seems to be sweeping through key parts of Europe and America, to the global democratic system.

Yet the entrenchment of democracy over the past two decades on our continent, even though not perfect, has had hugely positive results, ranging from a decline in violent conflict, growing economies and improved standards of living in many countries.

We should be worried therefore, that populists like Johson - and Donald Trump in the US - are engaging in acts that undermine and weaken the democratic system that is slowly yielding good results for us and many other parts of the world who used to suffer under autocratic regimes ran by Johnson-like megalomaniacs

Does bad hair have anything to do with being a dictator?

I am constantly surprised whenever I see South Africans always complain about US President Donald Trump as a racist and immoral person.
Opinion
2 years ago
Next Article