Building a road to our destruction 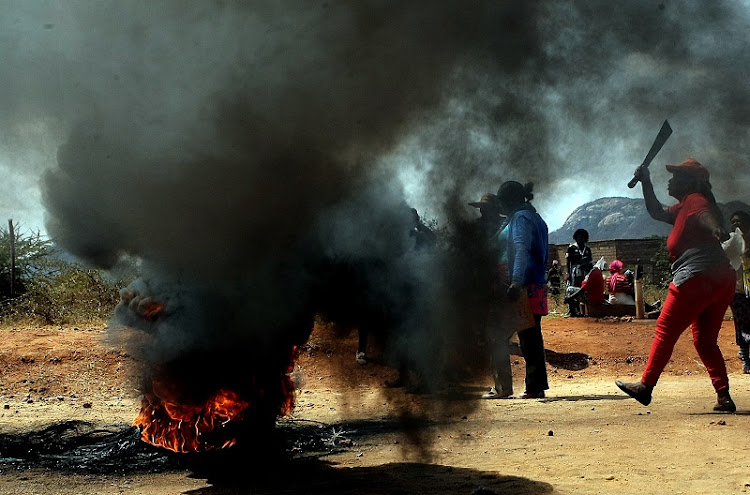 It is not acceptable that the actions of those who are demanding that the state delivers the much-needed road in this area see it fit to make their voice heard by jeopardising the futures of their children, the writer says.
Image: SANDILE NDLOVU

This madness is really refusing to stop. No matter how many editorials are written in condemnation, no matter how many speeches come out of the mouths of politicians and commentators. Those hellbent on the destruction of our future continue to do as they please.

This time they have put the futures of 2,300 pupils at risk by denying them access to schooling in a number of villages in Zebediela, Limpopo.

Since April, children of school-going ages in the area have been prevented from attending classes because the community wants an assurance from local authorities that they will construct a tarred road.

Access to good roads is a basic need that every community should enjoy. There is ample evidence to suggest that good roads, especially in rural and peri-rural areas lead to easy trade and, therefore, increased economic activity.

Demand for road keeps pupils away

Pupils from more than 30 schools in Limpopo were prevented from attending classes since schooling resumed on Wednesday due to a shutdown of the ...
News
5 years ago

Yet, however important this may be, it cannot trump the value of providing education to children.

As it has been said by many before, including our founding president Nelson Mandela, education is the most reliable vehicle to a better future. Through education, a poor family can be lifted out of poverty.

It is therefore not acceptable that the actions of those who are demanding that the state delivers the much-needed road in this area see it fit to make their voice heard by jeopardising the futures of their children.

Pupils  who were unable to write their final examinations this year due to service delivery protests in Kopela, North West, will be able to do so ...
News
6 years ago

There are many other ways this community can have its voice heard without shutting down schools.

Yet, they have opted to hold the future of their children to ransom.

This should not be tolerated. This kind of thuggery has been allowed for too long to take hold of some of our communities.

It is high time the police and others in authority took decisive steps to tackle such reckless behaviour. Arrest those who are preventing the children from enjoying a basic right, a right that many student activists in 1976 and in the 1980s laid down their lives to promote and defend.

Preventing children, especially pupils from poor communities, from going to school is an act of aggression against the people of SA, against its constitution. It will not stop until the state starts showing the appetite to have those behind such acts behind bars.