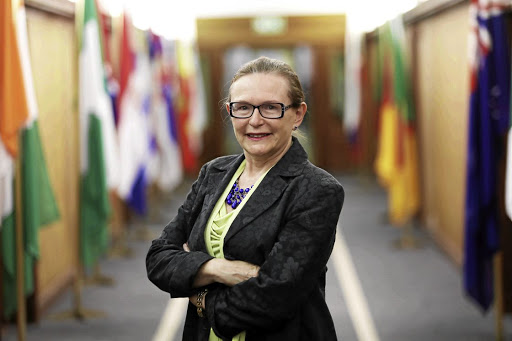 Hellen Zille has burned her fingers on social media./ESA ALEXANDER

There are many obsessions we fall into when we go into a craze for television shows.

In the early naughts I remember reports about young kids committing all kinds of shocking atrocities in the name of Pokemon Tazos (now there's a term that can make you feel incredibly old or absolutely ancient).

We are still reeling from the engrossing world of the recently concluded Game of Thrones which will give fans of the show a break from the madness of trying to solve who will die next.

I myself am still trying to stop singing along to the dizzying world of Crazy Ex-Girlfriend. A musical series that often spent most of its four seasons teaching the lead star, Rebecca Bunch, that she is the villain of her own story.

Perhaps brought on by my blackness being a point of relation to African Americans, I am extremely frightened of how American police officers have fallen in love with Netflix series The Punisher.

Other than the fact that they are celebrating a man who acts against the very system they are a part of, there is something deeply menacing about the thought of police officers who wear the violence of vigilantism while driving past an unarmed black person.

Their love affair with the anger and often unchecked PTSD opens a very disturbing window into the need for a hero who fights an unjust world. It leaves a huge question mark as to what The Punisher worshipping cops finds unjust.

It is this same window that opens us up to the Mistress of Missives, Helen Zille.

It is crystal clear that party leader Mmusi Maimane is not in control.
Opinion
3 years ago

Having gone through the wire as a journalist and politician, Helen has developed a tough skin, a skin so rough that the world around her has become senseless and unjust.

In her many ways, Zille has expressed her fight for a nonracial South Africa, a dangerous liberal fantasy of racial inclusivity and equality that refuses to acknowledge the damaging realities of white privilege and colonisation. Helen has become a Rebecca Bunch of sorts, in her Crazy Ex-Presidential Candidate world.

What makes this worse is the complacency displayed by those around her. Be it fear or the cataleptic protection of white privilege, the biggest villains in Helen's world are those who allow her to spew her vitriol.