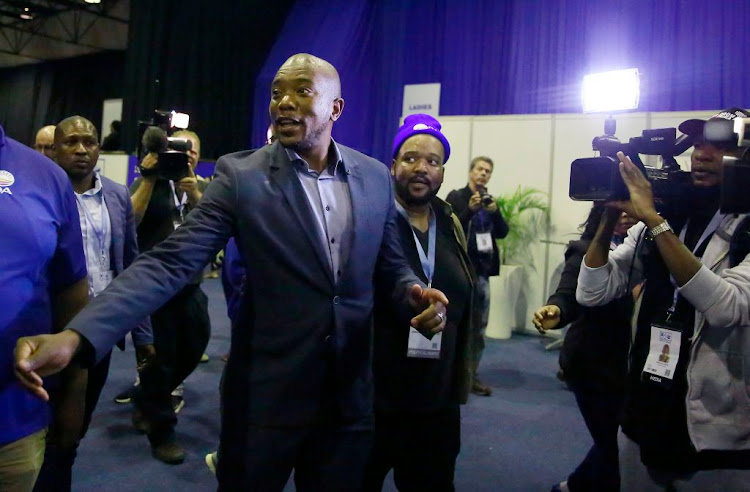 Democratic Alliance leader Mmusi Maimane in the Results Operation Centre in Tshwane, on May 9 2019, where the counting of votes took place.
Image: Sebabatso Mosamo/Sunday Times

The CSIR found that the DA lost support in townships such as Soweto‚ Alexandra and Langa in last week’s polls‚ denting its leadership’s goal to grow the party. The results meant Mmusi Maimane became the first leader of the party who could not grow its footprint in parliament – which his predecessors Helen Zille and Tony Leon did.

The CSIR analysed selected areas in SA following the bruising general elections‚ in which both the DA and the ANC lost support nationally and in the key province of Gauteng. The opposition party had hoped to do well in the province and the Northern Cape after putting up a strong performance in the 2016 local government election.

The 2016 election saw it governing the key metros of Tshwane‚ Johannesburg and‚ for a while‚ the Nelson Mandela Bay metro through coalitions with smaller opposition parties.

The DA especially took critical knocks in Gauteng and in the Western Cape‚ its traditional support base.

DA leader Mmusi Maimane is not going anywhere despite growing calls for him to step down.
News
3 years ago

It grew only marginally in the Free State‚ Northern Cape and KwaZulu-Natal‚ after it failed to meet most of the election targets it had set for itself.

According to the analysis‚ the DA lost significant support in suburbs such as Centurion and Garsfontein in Tshwane. It also failed to up its share of the vote in Soweto‚ Alexandra and Diepsloot in Johannesburg where it fell below the support it held during the local government election in 2016.

The ANC‚ in contrast‚ grew in Alexandra and Diepsloot from both 2014 and 2016 levels‚ while it also grew in Soweto to above the local government election levels.

Following a very public spat with its former Cape Town mayor Patricia de Lille in 2018‚ the DA fell significantly in support in both Mitchells Plain and Grassy Park‚ which is on the Cape Flats.

The ANC‚ De Lille’s party Good and the African Christian Democratic Party were all beneficiaries of the DA’s losses in both Mitchells Plain and Grassy Park.