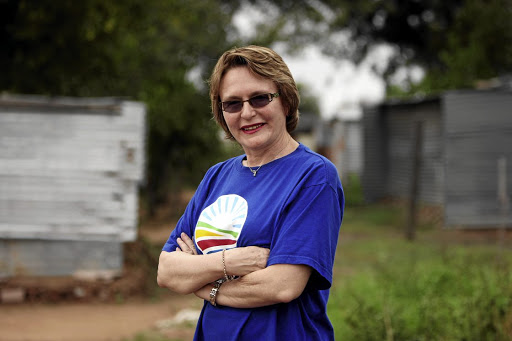 This is not the first time Helen Zille has got into hot water over comments she makes on Twitter. The DA says it will be 'tightening up' its social media policy.
Image: Supplied

Maimane made the comment while responding to questions on the matter following a meeting of the DA's parliamentary caucus in the incoming 6th parliament.

Maimane said the DA federal executive, which is in charge of the party's day-to-day affairs, was taking Zille to task over her tweets from last week.

"The appropriate steps have been taken in this regard. We set the direction of the organisation and that's the route we're going to go, so that the party will deal with it as a federal executive … let's be clear on that point. We'll resume the process and I've certainly engaged on this subject because we don't share the same views on the matter.

Zille created a furore on Twitter last week when she tweeted that some South Africans were enjoying #BlackPrivilege because they were looting state coffers.

Helen Zille sent the Twittersphere into overdrive after tweeting about “black privilege” on Friday May 17. Among those outraged by Zille's comments are some influential South Africans.

"Well you clearly don't understand black privilege. It is being able to loot a country and steal hundreds of billions and get re-elected. If ppl want permanent poverty for the masses they are going about it the right way. #BlackPrivilege," she tweeted.

This is not the first time Zille is embroiled in public spat with the DA over her Twitter activities, having previously butted heads after she posted pro-colonialism remarks in 2017.

The move saw her temporarily suspended from DA activities after she was charged with bringing the party into disrepute by the DA federal legal commission (FLC) following instructions from the federal executive.

John Steenhuisen, who has been retained as DA chief whip after the May 8 elections, said that two DA MPs had also been referred to the FLC over Twitter posts last week.

This after DA MP Ghaleb Cachalia posted a homophobic remark when he said radioman Eusebius McKaiser was "a woman scorned" during a Twitter discussion between him and former fellow MP Gwen Ngwenya.

Another DA MP is in hot water for apparently mocking a political commentator who committed suicide during the social media controversy provoked by Zille's postings of last week.

Steenhuisen said such conduct was not consistent with the DA social media policy and it was simply not enough for people to argue that they tweet in their private capacities.

"We've got a social media policy that governs behaviour of members on social media. Both members have been referred to an internal process that is under way and once the outcome is concluded it will no doubt be communicated to the public.

"Let me be clear, we may be a party of individuals but also we are a team here in parliament. And when damage is done by some individual in his personal capacity who is himself a public representative, you can't claim it was done in a private capacity because it has impact on the organisation.

"So we were very clear in the caucus today about what we expect from public representatives in terms of their behaviour on social media, and we'll certainly be tightening up on the behaviour of DA members on social media."

Turning to the DA's parliamentary agenda, Maimane said it would revive attempts to persuade the institution to establish a standing committee on the presidency, arguing there was currently not enough of an oversight mechanism to hold the office of the president accountable.

Maimane also said the party would be mounting yet another bid to get public protector Busisiwe Mkhwebane removed from office, after its recent unsuccessful attempt.