Edcon workers main victims if it goes belly up 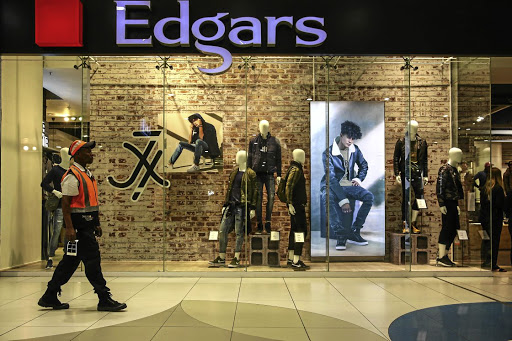 Economists say that should Edcon go into liquidation this would be by far the single-largest job loss in South African history.
Image: Moeletsi Mabe

My aunt who has toiled at Edgars for most of her life is frantic over reports that the company is on the brink of collapse. She is unable to sleep, plagued by the negative prospects regarding Edcon's woes. She is not hopeful, she is in tears, and similarly her colleagues too are not taking the news very well.

This comes after the Sunday Times' report that "the closure of Edcon would put 140,000 jobs at risk" and that such closure would also "deal a massive psychological blow to the South African economy".

Economists say that should Edcon go into liquidation this would be by far the single largest job loss in South African history. Reportedly, about 40,000 permanent jobs as well as about 100,000 indirect jobs are on the line. Edcon owns Edgars, CNA and Jet stores.

The Sunday Times reported that the company will close 1,300 stores if an offer to mall landlords for a two-year rent-free holiday is rejected, however, Edcon CEO Grant Pattison denied this and said that the company is, in fact, close to announcing a recapitalisation deal what will ensure its survival.

But my aunt remains doubtful that any recapitalisation would in fact benefit employees. She believes that the company is probably more concerned about its shareholders' interest than that of employees - and she is probably right.

She also believes that even if the company receives a two-year rent-free holiday, there will still be some job losses, even if it is not 140,000, as reported. The company aims to decrease its store sizes, so stores will require less staff obviously.

More interestingly, however, is that my dearest aunt is very confused. She is clueless about how the giant retailer collapsed or is collapsing. She said: "It is almost like it has happened overnight." But it hasn't, I tried to explain and console her. In fact, a friend who is a former employee of Edcon said about eight months ago his partner advised him to start looking for another job, because Edcon was going under. He too was clueless, but his partner, being a businesswoman, knew better. He now works as a manager for another retailer.

Edcon is very close to announcing a complete recapitalisation of the business that should endure for the next few years, Edcon CEO Grant Pattison ...
News
3 years ago

So, how and when did Edcon fall so hard? Edcon has operated successfully in SA for over 90 years, but its woes began when foreign management consultancy Bain bought Edcon for R25bn 11 years ago in what was called an Edcon private equity deal driven by Bain Capital that "went horribly wrong", according to reports.

Bain is the company embroiled in the Sars/Moyane debacle. Partners from Bain & Co founded Bain Capital and the two companies have been at pains over the years to assert their distinction. Bain & Co is embroiled in the Sars scandal and not Bain Capital. However, Financial Mail described the companies as "the bane of corporate SA" and said that both companies "chased profit without regard for the resultant destruction".

Bain Capital simply handed over Econ to its creditors and staged a walkout albeit without profit. The Sunday Times reports that since then (2007) Edcon has been scrambling trying to keep afloat a sinking ship, but it seems the end is nigh and those who will feel it the most are ordinary employees.

It seems Edcon cared very little for its employees and should not pretend to do so now.