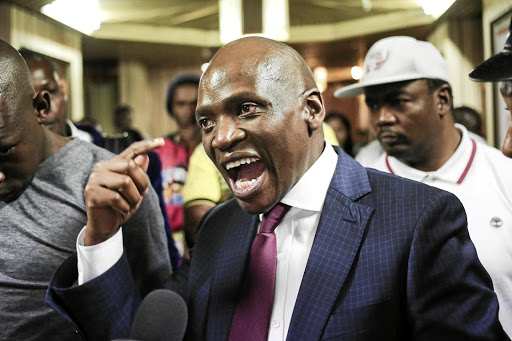 Imagine you're a highly degreed university lecturer. For the past three months you have not been paid because there is no money in the government purse.

What's worse, it's not the first time this is happening. The previous year it happened. Being the dedicated, conscientious civil servant that you are - one who has the welfare of the nation at heart - you put your head down and cut down on some expenses. And waited for your salary. Until it arrived, albeit with a shortfall. Now you're experiencing the same thing.

What do you do?

Some university lecturers from Nigeria, after years of experiencing that, have left their country to seek alternatives elsewhere.

Others have stayed put and endured the pain. All 37504 academics at all Nigerian public universities are currently on an indefinite strike complaining, among others, about shortfalls in their salaries.

'SABC spends millions on parties and bonuses' while retrenching workers

MPs serving on the standing committee on public accounts (Scopa) have told the SABC top brass that it was unfair of them to retrench ordinary workers ...
News
3 years ago

Last year I sat with a Nigerian professor who worked at one of the top universities in South Africa for a long time. Because of old age, he decided he wanted to go back home to Nigeria.

He was the first person to alert me to the reality of academics who can go for six months without a salary.

Some years ago, many South Africans would have said that will never happen to us. Not anymore.

Thousands of people working for governments in various municipalities - especially those affected by the VBS looting - have not been paid for the past three months.

The SABC announced this week it might not be able to pay salaries to staff in the near future. If the SABC does not have money, imagine what happens to the production houses that make the soapies that we enjoy. They don't get paid. The actors don't get paid.

It's no coincidence that this phenomenon is discernible in the public sector. It all boils down to mismanagement. In the case of municipalities, it's either the money that was supposed to sustain them was diverted to VBS by their various principals, or the municipalities are too inept to collect revenue from the citizenry.

SABC needs R3bn...just so it can pay salaries

The SABC needs R3-billion to avert “Day Zero” - the day the public broadcaster will no longer be able to pay staff salaries.
News
3 years ago

In the private sector, if you mess up as a manager you get fired immediately. No mercy.

In the public sector, however, you get treated with kid gloves, comradely gloves. You steal or mess up in one department, you get transferred to another.

Or, better still, they make you an ambassador and send you to a faraway country. The hope is that once you are out of the public eye, the citizens will forget. Remember Bavumile Vilakazi?

One of the reasons the SABC is in a mess is because of mismanagement as personified by one Hlaudi Motsoeneng. In his defence, Motsoeneng inherited an SABC that was barely functioning, lurching from one crisis to the next. He only took the mismanagement to another level.

One hopes for a commission into the SABC one day, a probe similar to the one that has just been done with Sars.

No matter how you look at it, Malusi Gigaba's resignation this week was as a result of public pressure, which goes to show that as members of the public - through the media or civil society organisations - we have the power to change things. All you need is to pick up a phone and tell your story to the media, or start a blog, or tweet.

Even if the president was initially intent on ignoring a minister's misdemeanour, when there is a continuous public outcry he is bound to take action. You have the power to change things.

You don't want to be another Nigeria. Speak out!