They call me damaged goods because of my 'fatherless' kid 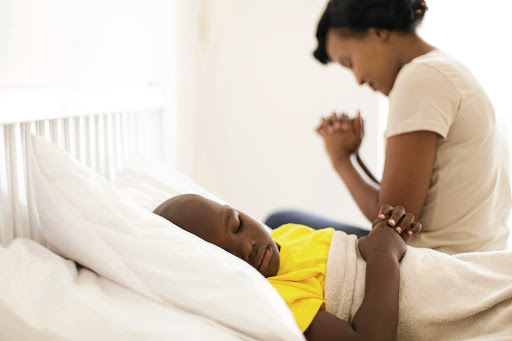 Having an unplanned baby might come back to haunt women, but they have to learn to live with that, says the writer. / MICHAEL ZHANG/ 123rf

In all honesty, I envy women who took advantage of family planning, arranged a time and place and picked the best positions to pop their eggs. The ones who knew when they wanted children took the time to hand-pick the best dad, and even went to buy a pregnancy test after that beautiful night because they just couldn't wait.

I didn't have all that joy.

Mine is a teenager now, and I swear, that kid just happened to me.

Yes, you can judge and criticise me all you want - but the truth is, some of us were only just having sex and came out with a baby, despite having passed biology in matric and had some change to buy good condoms.

I was a late bloomer growing up, and probably still catching up to my peers. In fact, I still hope that my miniature breasteses will have ballooned by the time I'm 40. I am not even asking for much, just enough to bury a man's face between them. To add to my unfortunate disposition, sexual activity totally skipped my mind until I was 21.

Motherhood for me felt as if God was somehow punishing me for all the sexcapades I missed out on as a youngster. It was brutal and sudden.

It was the first thing I was awarded for finally giving into my desires. I fell pregnant on my first sexual encounter. I don't even have to think for too long to remember that first time.

And it wasn't long. The only reason I do not have a clear picture of how I became a mother is because the lights were off. Otherwise, it remains one of the most prominent days of my life. Especially since I ended my relationship with the guy the very next day, only to later find out that we had conceived.

I didn't remember to ask about condoms. I hadn't even gone through the list of requirements for preselecting a "Baby Daddy". I hadn't thought about the gender, let alone going through baby names that we like.

I was not ready for a child and was not there to make one.

All it took to land a baby on my lap was a minute and 43 seconds of bewildering fondling. And here I am, paying school fees for a midget who thinks I have shares at Nike and can help him with an equation for calculating Pi.

I was young, single and did not desire rekindling a relationship with the father of my child. As if all that was not enough, I was faced with a crisis of being sexually inexperienced in a world that regards women with children as damaged goods.

So yes, some of us did not choose to become parents. We had to learn to be mothers and grow to love it.

We had to contend with condemnation and constant lectures. We are the social deviants who literally disregarded the link between sex and procreation.