Mothering a rollercoaster of conflicting emotions 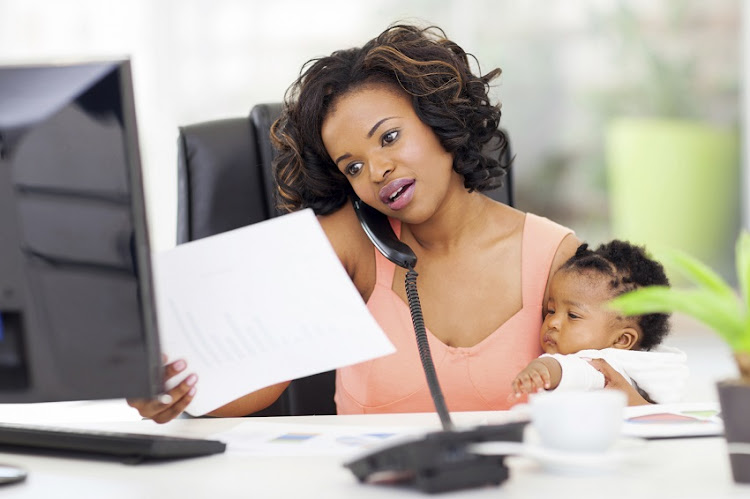 I am guilty of last minute birthday preparations, so I’d better go see about the cake

I sit here today to write this on the day that my daughter turns four.

The past four years have undoubtedly been the most anxious years of my life.

In fact, it is an anxiety that has lived within me from the pregnancy when, at 15 weeks, the doctor told me that we may have to abort – from that day on, my life would never be the same again

It was from that moment that my life’s obsession and mission would become keeping Lesedi alive.

Everything in my life since then has been, first and foremost, about her welfare.

A somewhat of a scramble most of the time, if I were to be completely honest with you.

This morning, as her transport “uncle” fetched her for school she had plenty of air in her lungs so I guess I have done well in that department. The scramble has paid off, or has it?

What do we stand to gain in a world where our very humanness is out of date?
Opinion
3 years ago

You see in my anticipation I had not taken into account the emotional work that would be needed, demanded and requested from me as a mother to keep a child alive.

People are quick to tell you about the price of formula, to warn you of the ever-escalating costs of schooling, they will even tell you to give your child “Muthi Wenyoni” (babies antacid syrup), but they will not tell you about the emotional roller coaster that is raising a child.

They do not tell you of the many nights you will spend wondering if it would have killed you to reach for a condom.

If we are to imagine, though, that being alive is a thing that stretches from air in the lungs, to giggles in the house, sparkles in the eyes and a sharpness of mind, then I would not know how to rate myself.

I have spent the past few weeks engulfed by panic and guilt, wondering about my life decisions and if they are not harming my daughter emotionally.

I am a single mother who works and, now that we live in Polokwane, it means lots of travelling to Gauteng. For some reason, and only lately, Lesedi seems to be struggling with my travelling. I have had to cancel a trip because it meant three weeks of coming and going.

Just yesterday, the teacher called to say that she is bullying the other kids at an increased rate, and I couldn’t help but wonder if it had anything to do with my absence.

Black women must do it for themselves and each other

I love being black, and I love being a woman, these two qualities are what make up a lot of what is my identity. It's a pity then, that these two ...
Opinion
3 years ago

Is it a coincidence that this happened in the week that I was away? Most probably not.

I have strong friendships with women who are also mothers and who help me a great deal with mothering my daughter.

We talk often about the realities that we face, of not being able to control everything about our children’s environments; we fill in the gaps for each other where we can. The terrible guilt remains, stubborn and resolute in its place as part of the mothering experience.

So, you just sit there in the middle not knowing where to go and what to do, and feeling guilty as hell about it. Is this the experience for all mothers, hell is this what mothering is?

Right now I am guilty of last-minute birthday preparations, so I had better go see about that cake.