Why land debate must include issues of economic transformation and equality 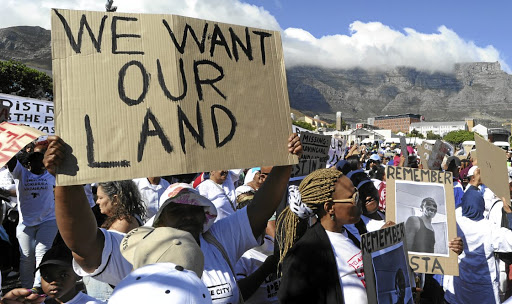 Protesters on Human Rights Day marched to the Cape Town Civic Centre where the Social Justice Coalition handed over their demands to all levels of government. These demands included land, housing, security and dignity. /Gallo Images

The land debate in South Africa is exposing so much about the country's fall from a rainbow nation. The current land discourse that is permeating all fabrics of society, from parliament to church sermons, has awoken even the snakes that have been in hibernation for the last decade.

Imperative questions of which land will be expropriated and who the beneficiaries of that land will be, remain unanswered.

In one of the most unequal societies in the world, one easily understand the euphoria over land expropriation, especially land expropriation without compensation. However, the oversimplification of the land discourse, starting with our politicians, has led to current land grabs.

Such incidents will continue if South Africans, more so those in positions of influence, continue to use the issue to exploit vulnerable and desperate people's emotions, as opposed to using this window of opportunity to have honest conversations about the issues at hand.

Slain leader of shack dweller movement Abahlali baseMjondolo has been laid to rest near his Durban home.
News
4 years ago

The first issue was that after 1994, while economic opportunities opened up for black South Africans, 55% of the population never realised economic freedom.

Of the 45% of the population that is enjoying economic freedom, white South Africans remain the majority owners of the economy and the factors of production.

The second conversation is how white-owned businesses have continued to circumvent laws that are meant to transform the economy and move it towards an equal economy shared by all. One such law that is notoriously mis-implemented is BEE and now BBBEE.

In its simplest terms, BBBEE says allow qualified black professionals to progress up the ranks and actually manage and have a binding voice in the organisation.

The law also says open up markets through supply chains and procurement by doing business not only with "the Old Boys Club" but with black-owned firms.

I will not even begin to go into how white organisations have made a joke and a mockery of the law, aided by our weak government institutions that have failed to enforce it.

The consequence is a society of angry, disgruntled and simply indifferent black South Africans. These are all the right ingredients that can spark and ignite a civil war.

That said, South Africa also has the right ingredients to handle the land discourse appropriately. It begins with including conversations pertinent to the land issue, such as transformation, access and income equality, not as footnotes in the discourse but as paragraphs each deserving proper thought as to how land without compensation will ensure we achieve them.

King Goodwill Zwelithini calls for mass prayer for a solution to troubling issues of land‚ crime and killings in KZN.
News
4 years ago

It also involves bringing the 55% of the population on board this train this time around and making sure they understand the land discourse, the system within which we are operating and its limitations, and not using it for political gains and garnering of votes.

These links are missing in the debates about land and require not only to be unpacked for those driving the land issue but more so for the masses who are highly disillusioned.

And to those white people who still remain oblivious to the ills of our country, there is the need to not act out of fear but to truly realise our country is going nowhere unless we have honest conversations about how we open up the economy to all who live in it.