'You are a minister, you don't do your job, we reshuffle', says Mbalula 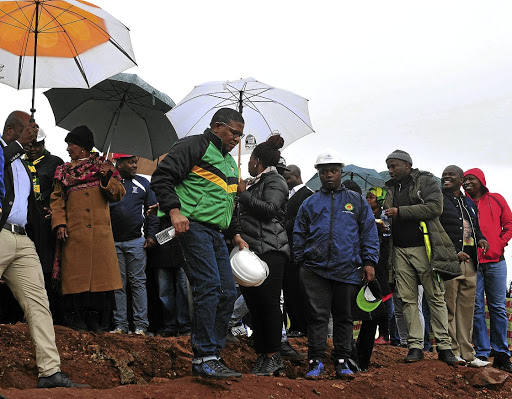 ANC head of elections Fikile Mbalula at the launch of the party's Thuma Mina campaign in Tembisa. /Veli Nhlapo

ANC head of elections Fikile Mbalula has warned ministers, premiers and councillors who are lazy that they will be fired by President Cyril Ramaphosa's administration.

Mbalula, who was removed by Ramaphosa as police minister in February, did not indicate when they would be kicked out.

He said the time for public representatives sitting on their laurels was over.

"We are renewing the ANC under Cyril Ramaphosa. You are a councillor of the ANC, you don't work, we kick you out. You are a minister, you don't do your job, we reshuffle. We see that you are an MP, you are a problem, we will not re-elect you. MPs must be careful," Mbalula warned yesterday.

He made the remarks in front of Gauteng premier David Makhura, provincial legislature speaker Ntombi Mekgwe and Ekurhuleni mayor Mzwandile Masina during the media launch of the Thuma Mina (Send me) campaign in Tembisa. The campaign is about service delivery and fixing residents' problems.

"When you know you are a premier, minister, MPL and councillor, we want to see you resolving people's issues. That position is not for free. If ever you are not going to follow what we want, we will reshuffle you and we will do it at night. We must work hard for our people," Mbalula said.

He, however, gave assurance that Makhura would not be reshuffled because he was a hard worker.

Some members booed when Mbalula mentioned Masina as another hard worker.

Makhura, who is to face a motion of no confidence today, said public representatives must do their work

"We must make sure we deliver on the programme of the ANC. That programme is about improving the quality of life of our people," he said.

Makhura pleaded with residents not to wait for the government to do everything for them, saying the state would become more powerful.

"Individual households and communities must do certain things for themselves. We can't build a society where everything is done by the state."

Mbalula said the ANC would "squeeze" the DA's motion of no confidence.

"We are going to crush that vote of no confidence for all that it deserves."