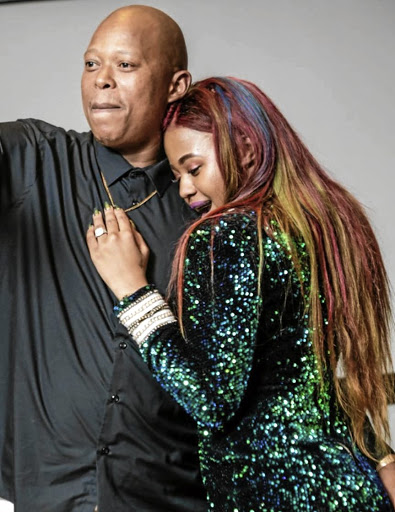 Mampintsha and Babes Wodumo showing off a ring was just an act.
Image: Instagram

Durban's first couple of gqom are at it again. Mampintsha and Babes Wodumo seem to have mastered the art of stunts.

This week they released a photo and a video showing off rings and smiling, with Babes dancing suggestively and showing off her tummy as if she was pregnant.

It has since emerged that it was all for play.

This is according to their company spokesman Khulekani Ntshangase who dispelled the talk following the social media stunt.

Ntshangase laughed off the rumours and said the pair was working on a secret project which they will reveal soon.

"There is no such thing. They were just playing around.

"Mampintsha has been working out at the gym for a very long time and now looks slim, they were just showing off.

"No one said they are married. Fans are just jumping to conclusions," Ntshangase said.

Babes posted a video of herself on Instagram yesterday and captioned it: "No I am not pregnant".

The pair is no stranger to using their personal lives to attract attention and promote their new music.

Last year Babes claimed to have lost a USB drive which contained her new single Ganda-Ganda.

It turned out to be a stunt.