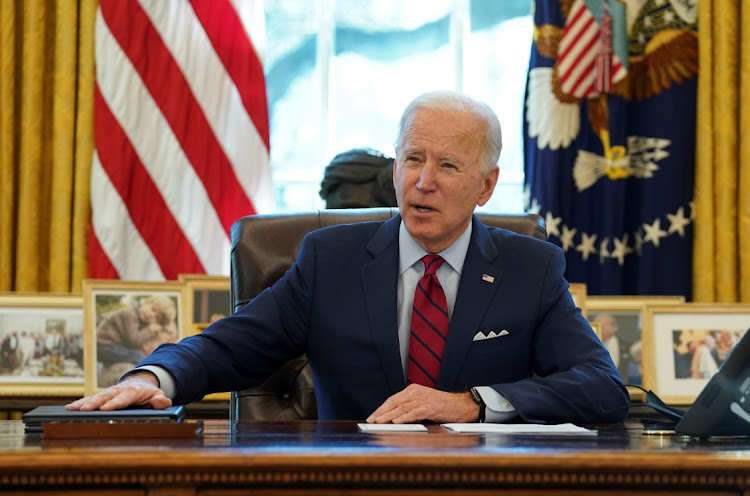 US President Joe Biden will argue in a speech in Poland on Saturday that the “free world” opposes Russia's invasion of Ukraine and that there is unity among major economies on the need to stop Vladimir Putin, the White House said.

Biden will also meet Ukrainian foreign minister Dmytro Kuleba and defence minister Oleksii Reznikov on Saturday in Warsaw in his first face-to-face meeting with top Ukrainian officials since the start of the war.

Biden has held three days of emergency meetings with allies in the G7, Europe and Nato, and visited with US troops in Poland on Friday. He was also set to meet Polish President Andrzej Duda on Saturday.

Putin's February 24 invasion of Ukraine, which Russia calls a “special operation”, has tested Biden's promise when he took office last year to confront autocrats including the Russian president and China's leader Xi Jinping.

The White House said that in his speech later on Saturday Biden “will deliver remarks on the united efforts of the free world to support the people of Ukraine, hold Russia accountable for its brutal war, and defend a future that is rooted in democratic principles”.

Poland was until the collapse of communist rule in 1989 behind the Iron Curtain for four decades, under Soviet influence and a member of the Moscow-led Warsaw Pact security alliance. It is now the biggest formerly communist member of the EU and Nato.

The rise of right-wing populism in Poland in recent years has put it in conflict with the EU and Washington, but the threat of Russia pressing beyond its borders has drawn Poland closer to its Western neighbours.

Biden’s election put the nationalist Law and Justice government in an awkward position after it had set great store in its relationship with his predecessor Donald Trump.

But as tensions with Russia rose before it invaded Ukraine, Duda appeared to seek to smooth relations with Washington. In December, he vetoed legislation that critics said aimed to silence a US-owned 24-hour news broadcaster.

Biden and Duda will meet privately and are expected to address a dust-up over how to arm Ukraine with warplanes, and other security guarantees.

Washington, seeking to avoid a direct conflict with Russia, earlier this month rejected a surprise offer by Poland to transfer Russian-made MiG-29 fighter jets to a US base in Germany to be used to replenish Ukraine's air force.

Now, Poland wants to accelerate the purchase of US-made Patriot missiles, F35 fighter jets and tanks for its own security, and seek reassurance on Nato commitments to defend its members.

EXPLAINER: How could Russia's Putin be prosecuted for war crimes in Ukraine?

US President Joe Biden has publicly called Russian President Vladimir Putin a war criminal, but legal experts said a prosecution of Putin or other ...
News
3 months ago