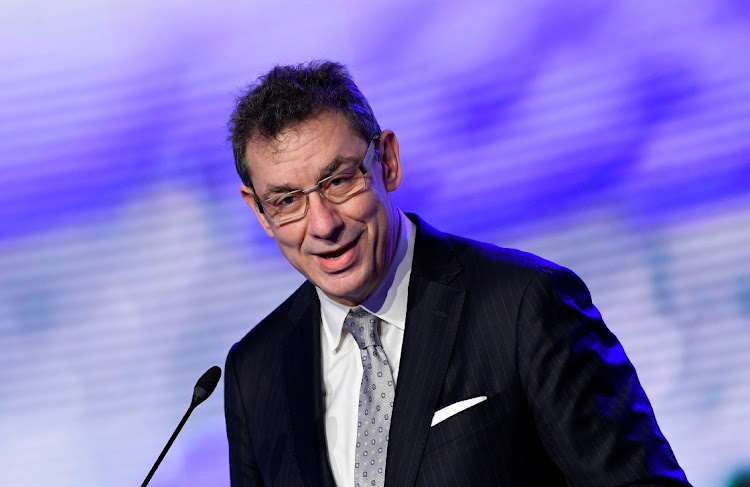 Pfizer Inc's experimental antiviral pill to treat COVID-19 cut by 89% the chances of hospitalization or death for adults at risk of severe disease, the company said on Friday, as its CEO vowed to make this promising new weapon in the fight against the pandemic available globally as quickly as possible.

The trial's results suggest that the oral drug surpasses Merck & Co Inc's pill, molnupiravir, which was shown last month to halve the risk of dying or being hospitalized for COVID-19 patients at high risk of serious illness.

Pfizer's pill, with the brand name Paxlovid, could secure U.S. regulatory approval by the end of the year. The Pfizer trial was stopped early due to its high success rate. Full trial data is not yet available from either company.

President Joe Biden said the U.S. government has secured millions of doses of the Pfizer drug.

"If authorized by the FDA we may soon have pills that treat the virus in those who become infected," Biden said. "The therapy would be another tool in our toolbox to protect people from the worst outcomes of COVID."

The pill is given in combination with an older antiviral called ritonavir. The treatment consists of three pills given twice daily. It has been in development for nearly two years.

The Pfizer and Merck pills are eagerly anticipated, with only limited options currently available for treating people sick with COVID-19.

Pfizer is in active discussions with 90 countries over supply contracts for its pill, Chief Executive Officer Albert Bourla said in an interview.

"Our goal is that everyone in the world would be able to have it as quickly as possible," he said.

Bourla said that for high-income countries Pfizer expects to price its treatment close to where Merck has priced its pill. Merck's U.S. contract price is around $700 for a five-day course of therapy. For low-income countries, Bourla said Pfizer is considering several options, with the goal of "no barrier for them as well to have access."

Merck's pill was approved by British regulators in a world first on Thursday.

Even with the potential offered by the Pfizer and Merck pills, preventing COVID-19 infections through broad use of vaccines remains the best way to control a pandemic that has killed more than 5 million people worldwide, including more than 750,000 in the United States, according to infectious disease experts.

"Vaccines are going to be the most effective and reliable tool that we have in this pandemic," said Dr. Grace Lee, professor of pediatrics at Stanford University School of Medicine. "These oral medications are going to augment our ability to really reduce the risk of severe disease, hospitalization and death, which is huge, but it won't prevent infection."

While more than 7 billion vaccine doses have been administered worldwide, that has covered only about half the world's people. In the United States, 58% of all people, including 70% of adults, are fully vaccinated. There are more than 400,000 new COVID-19 cases daily worldwide, with infections rising in 50 countries.

Mizuho analyst Vamil Divan forecast a "very minor impact" from the Pfizer drug on vaccination among people who do not want the vaccine or a booster shot as recommended by U.S. health regulators.

"I think there's a small percentage of people that may decide not to get vaccinated, now that there are good treatment options," Divan said.

The risk of dying from Covid-19 is 20 times higher among people who are not vaccinated than those who had the double dose Pfizer vaccine, a new study ...
News
2 months ago

Pfizer said it plans to submit interim trial results for its pill to the Food and Drug Administration (FDA) before the U.S. Thanksgiving holiday on Nov. 25.

Antivirals need to be given as early as possible, before an infection takes hold, to be most effective.

The planned analysis of 1,219 patients in Pfizer's study examined hospitalizations or deaths among people diagnosed with mild to moderate COVID-19 with at least one risk factor for developing severe disease, such as obesity or older age.

Among those given Pfizer's drug within three days of symptom onset, the pill lowered the chances of hospitalization or death for adults at risk of developing severe COVID-19 by 89% compared to patients who received a placebo. Among these patients, 0.8% were hospitalized and none died by 28 days after treatment, compared to a 7% hospitalization rate and seven deaths in the placebo group.

Rates were similar for patients treated within five days of symptoms: 1% of the treatment group was hospitalized, compared to 6.7% for the placebo group, which included 10 deaths. Pfizer said that works out to being 85% effective at preventing hospitalization or death.

Two other trials - one in people without underlying risk factors and another in people who have been exposed to the virus but are not yet infected - are continuing and those results will likely be available in the first quarter of next year, Bourla said.

Pfizer did not detail side any effects but said adverse events happened in about 20% of both treatment and placebo patients. Possible side effects include nausea and diarrhea.

An FDA panel of outside experts is scheduled to meet Nov. 30 to discuss Merck's pill. Pfizer said it did not know if Paxlovid would be reviewed at that meeting.

The Gauteng government has administered more than 6-million Covid-19 vaccines. Of the figure, 3,076,767 are people who are fully vaccinated with the ...
News
2 months ago

Government should put more effort in providing booster jabs to vulnerable groups than vaccinating teenagers who are not at high risk of getting ...
News
2 months ago
Next Article