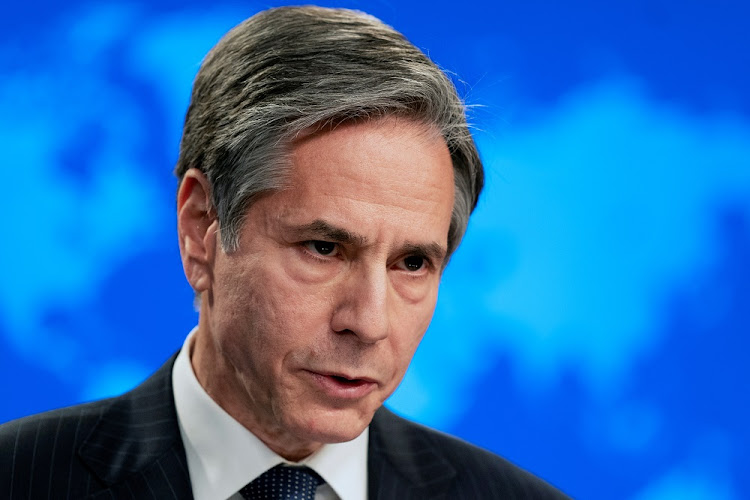 U.S. Secretary of State Antony Blinken on Saturday called on the African Union and other international partners to help address a deepening crisis in Ethiopia's northern Tigray region as he condemned alleged atrocities in fighting there.

Blinken's statement suggested growing frustration with the response so far from Ethiopia and neighboring Eritrea to what America's top diplomat described as a "worsening humanitarian crisis."

His remarks came a day after Amnesty International released a report accusing Eritrean forces of killing hundreds of civilians in Tigray in a 24-hour period last year, an incident it described as a potential crime against humanity.

"The United States is gravely concerned by reported atrocities and the overall deteriorating situation in the Tigray region of Ethiopia," Blinken said.

"We ask international partners, especially the African Union and regional partners, to work with us to address the crisis in Tigray, including through action at the U.N. and other relevant bodies."

Thousands of people have died, hundreds of thousands have been forced from homes and there are shortages of food, water and medicine around the region of more than 5 million people.

Ethiopia and Eritrea have denied that Eritrean troops participated in the conflict, though dozens of witnesses, diplomats and an Ethiopian general have reported their presence.

Still, the state-run Ethiopian Human Rights Commission released a statement on Friday timed to coincide with the Amnesty report, saying preliminary investigations indicated that Eritrean soldiers had killed an unknown number of civilians in Axum, an ancient city in northern Ethiopia. It said the killings were in retaliation for an earlier attack by TPLF soldiers.

Amnesty said Eritrean soldiers executed men and boys in the streets and engaged in extensive looting.

"They should be accompanied by unilateral declarations of cessation of hostilities by all parties to the conflict and a commitment to permit unhindered delivery of assistance to those in Tigray."

The AU is backing calls for drug makers to waive some intellectual property rights on Covid-19 medicines and vaccines to speed up their rollout to ...
News
10 months ago

The million AstraZeneca doses procured by SA three weeks ago have been sold to the AU, health minister Dr Zweli Mkhize told the National Assembly on ...
News
10 months ago
Next Article