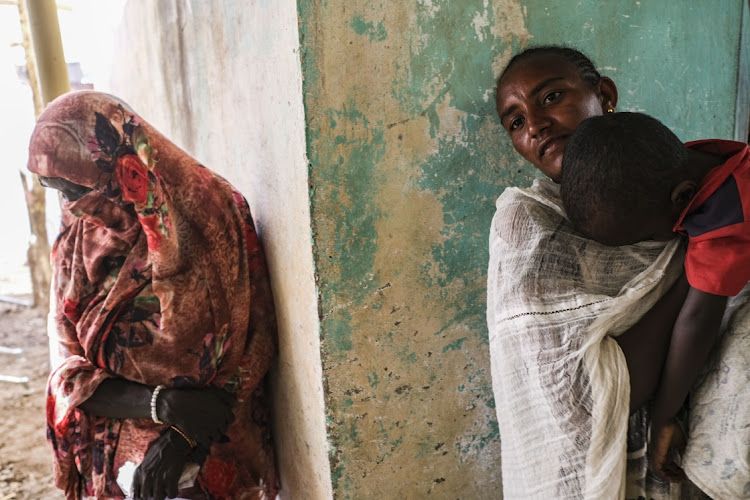 Amnesty International accused Eritrean forces on Friday of killing hundreds of civilians in northern Ethiopia over 24 hours last year, an incident it described as a potential crime against humanity.

Eritrea rejected the accusations. But an Ethiopian state human rights body issued a statement that also described such killings, though with fewer details. It was a rare official acknowledgment from Ethiopia that Eritrean troops participated in the conflict during the government's crackdown in the Tigray region last year.

Amnesty said it had spoken to 41 witnesses who described the mass killings of "many hundreds of civilians" by Eritrean troops in Axum, an ancient city in northern Ethiopia.

The killings took place during a 24-hour period from Nov. 28-29, Amnesty said. That coincides with the date that Ethiopian government forces separately captured Tigray's regional capital Mekelle from forces loyal to a local political party the central government had accused of rebelling.

Amnesty said the Axum killings were retaliation for an attack by local militia, and that Eritrean soldiers executed men and boys in the streets and engaged in extensive looting.

Eritrea has consistently denied that its troops participated in the conflict on its neighbour's territory. Eritrea's information minister, Yemane Meskel, rejected Amnesty's report.

"Amnesty made absolutely no attempt to seek any information from Eritrea," he said on Twitter.

Reuters spoke to an ethnic Tigrayan man working in construction in the capital Addis Ababa, who said this week that Eritrean soldiers had shot dead six members of his family in Axum on Nov. 28, including his 17-year-old brother and 78-year-old father.

“Everything our family had - all the happiness - has turned to darkness,” the man said in a phone interview. Reuters was not able to reach people in Axum itself.

A diabetic mother died as her daughter searched the capital of Ethiopia's northern Tigray region for insulin. Women
News
11 months ago

The participation of Eritrean forces in fighting in Tigray is among the most contentious issues arising from the conflict. Many Tigrayans say the Ethiopian army drew on support from Eritrean forces, former enemies, in the campaign.

Ethiopia has long denied that it allowed Eritrea to send troops to assist the government's military campaign. But it avoided any direct denial of the Amnesty International report on Friday.

A confidential U.S. government report says Ethiopian officials and allied militia fighters are leading a systematic campaign of ethnic cleansing in Tigray, according to the New York Times, which said it obtained a copy of the report.

Fighters and officials from the neighbouring Amhara region of Ethiopia are "deliberately and efficiently rendering Western Tigray ethnically homogeneous through the organized use of force and intimidation," the Times quoted the report as saying.

The Times did not say which U.S. agency prepared the report. The U.S. State Department did not immediately respond to a request for comment from Reuters.

The state-run Ethiopian Human Rights Commission released a statement timed to coincide with the Amnesty report, saying preliminary investigations indicated that Eritrean soldiers had killed an unknown number of civilians in Axum.

It said the killings were in retaliation for an earlier attack by soldiers of the Tigray People's Liberation Front (TPLF), the region's ousted ruling party.

Reports of the mass killing took months to confirm; communications to Tigray were down for many weeks and media access has been tightly restricted, although that is now loosening slightly.

Axum is a UNESCO World Heritage site, famed for its tall obelisks and ancient churches, including one reputed to house the biblical Ark of the Covenant.

Fighting between Ethiopia's military and regional forces from the northern Tigray region is seriously destabilising the East African and Horn region ...
News
1 year ago

Scores of women have been raped in Ethiopia's northerly Tigray region, authorities have confirmed, in the chaotic aftermath of an armed conflict last ...
News
11 months ago

Ethiopia has extended the deadline for telecom firms to bid for new operating licences by a month to April 5, the sector regulator said on Monday, ...
News
11 months ago
Next Article