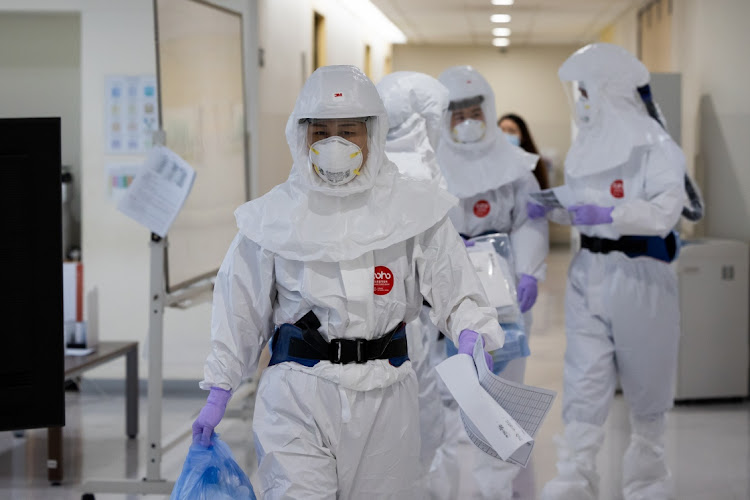 Medical experts say the South Korea government is not taking the steps necessary to achieve its goal of reaching herd immunity to the coronavirus through mass vaccinations by November.

They say the government has failed to secure enough vaccines and has also been slow to train staff for storage, distribution and inoculation. It has also lagged in making decisions over vaccination sites, they said.

The government's timeline - which calls for vaccinations of key individuals to begin in February, with 32 million-36 million people vaccinated by September - is unlikely to succeed at its current pace, the experts said.

To reach the September target, the government would need 4,000 doctors to see at least 400,000 people a day, said Jun Byung-yool, a former director of the Korea Centers for Disease Control and Prevention.

"The government has ordered each local government to secure their own manpower, but rural areas would significantly lack medical staff and infrastructure to carry out the vaccinations," Jun said.

"It is just realistically impossible to vaccinate 400,000 people a day."

Facing public criticism that the vaccination procurement plans have been too slow as the country struggled to contain a third wave of the pandemic, President Moon Jae-in on Monday sought to reassure residents.

"I think we will reach a full herd immunity by November at the latest," he told a news conference.

Asia's chicken farmers are confronting the region's worst bird flu outbreak in years, with the deadly virus affecting farms stretching from Japan to ...
News
1 year ago

Health authorities acknowledge there are major hurdles but said their timeline was based on a need to learn from vaccine programmes in other countries. In the end, South Korea would complete its vaccination efforts as fast or faster than many other places, they said.

"The estimated size of the vaccination centres and the manpower may vary depending on the population size of the city, county or district," KDCA director Jeong Eun-kyeong told a briefing. "We are making detailed guidelines for operation of the sites."

Doctors said it would require 30 minutes to an hour for every person to sign up, be examined and wait for any anaphylactic reaction after the shot.

Choi Jae-wook of the Korean Medical Association said he is sceptical that herd immunity will be reached by November because of the vague vaccine arrival timeline and because the roughly 250 public health clinics across the country will not be enough to administer the shots.

"The government has only put out an ambiguous timeline of quarterly arrivals. Vaccines that need cold chain storage need specific ways of handling, but the preparations cannot be done," Choi said.

Vaccinating the elderly with underlying conditions is another problem as special measures must be taken, said Eom Joong-sik, a professor of infectious diseases at Gachon University Gil Medical Center.

S.Korea running out of sickbeds in Covid-19 resurgence

South Korea reported more than 300 infections of the new coronavirus on Saturday, the 16th day of three-digit rises, fanning concerns about a ...
News
1 year ago

South Korea said on Saturday it will roll out tougher social distancing guidelines to curb the spread of coronavirus nationwide as it battles a new ...
News
1 year ago
Next Article