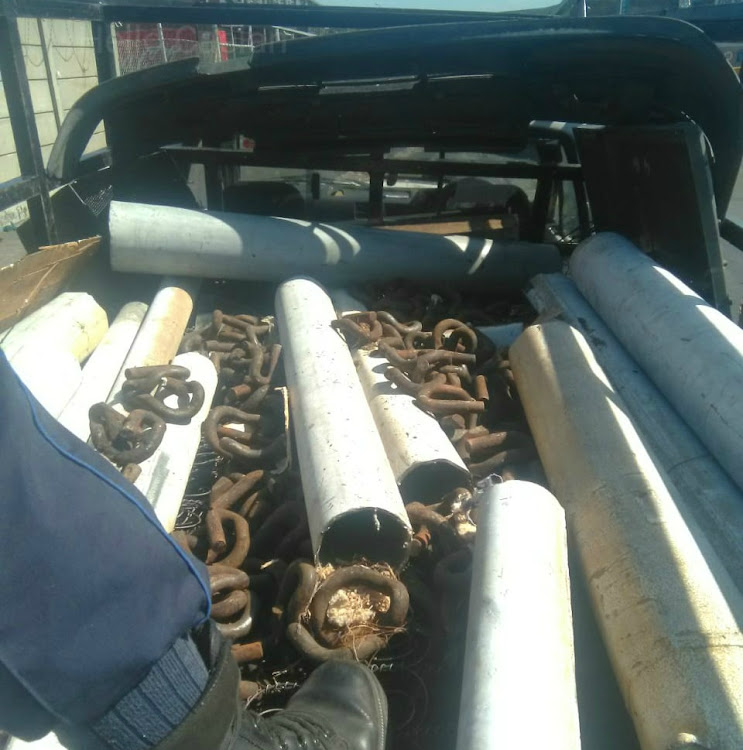 They pounced on suspects who allegedly stole railway infrastructure including overhead contact cables which provide electricity to trains, railway signalling cables, and pandora clips which hold railway tracks together. 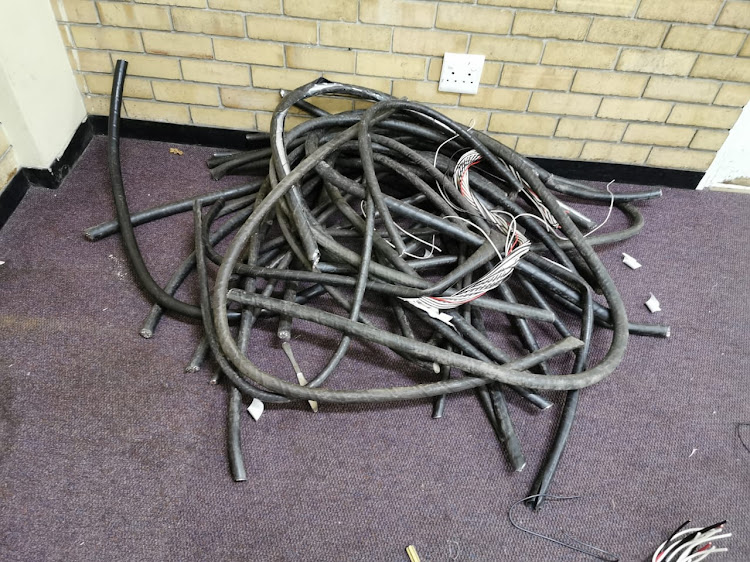 Suspects were arrested with 96kg of cable in the boot of their car after trying to sell the cable to a scrap dealer.
Image: City of Cape Town/Law Enforcement

Two of the suspects were arrested early on Monday after officers were tipped off that they were driving a white hatchback and trying to sell 96kg of overhead cable to a scrap metal dealer in Epping.

The officers also discovered the vehicle was stolen.

Cape Town law enforcement spokesperson Wayne Dyason said the replacement cost of the cable was R26,100 excluding labour costs, but the scrap value was around R7,200.

"They observed movement inside a trench and started monitoring the suspects from a distance. The suspects then became aware of the officers and fled. The officers had, however, closed off all escape routes and after a short search they found them hiding in reeds along the railway line," said Dyason. 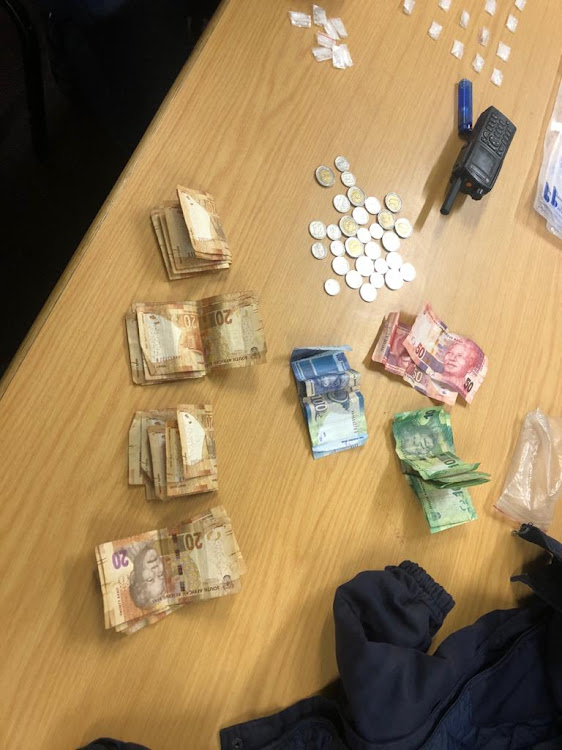 Officers found drugs and money after being tipped off about a firearm being kept in a shack at Maitland Cemetery.
Image: City of Cape Town/Law Enforcement

The team then followed up on information about firearms kept in a shack at Maitland Cemetery's main gate.

"Upon searching the shack no firearms were found but officers discovered 36 packets of tik, six mandrax tablets, and R880 hidden in the shack. The suspects, a male and a female, who were found in the shack were charged for dealing in drugs and possession of drugs," said Dyason.

On Tuesday morning rail enforcement unit officers arrested two suspects in Epping with pandora clips hidden under a pile of scrap metal in the back of a bakkie.

"They asked the driver to empty the contents loaded in the back of the vehicle and discovered pandora clips or ''pigtails'," said Dyason.

"These items are used to keep the railway tracks in place and are attached to the railway sleeper. Without these clips the trains could derail, causing loss of life and extensive damage to train sets," said Dyason, adding that the suspects were detained by police.

The spread of informal settlements has angered residents of Lenasia South, forcing them to sell their properties as their market values decline.
News
2 years ago

One person was killed and three others injured when a vehicle rolled down an embankment and landed on a railway line near KwaDukuza in KwaZulu-Natal ...
News
2 years ago
Next Article