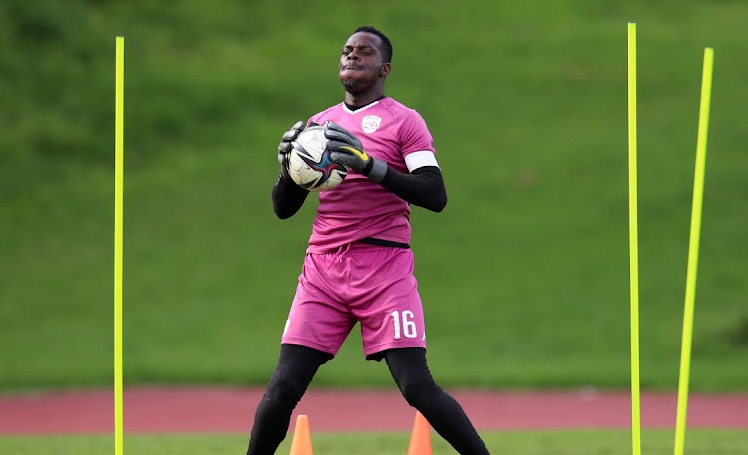 Veteran goalkeeper Tapuwa Kapini has bemoaned the manner he was dismissed from Sekhukhune United.

Kapini, who played and captained the Limpopo-based team during the 2021/2022 season, said the team got rid of him after losing to TS Galaxy.

"I am so hurt because I was sent a WhasApp message telling me I was no longer part of Sekhukhune United," he said.

Kapini made the revelation during an interview on Robert Marawa’s Marawa Sports Worldwide show on Thursday evening.

He said after the TS Galaxy loss, he told his then teammates that he does not believe in muthi

Kapini said on Monday after the game ​the Sekhukhune management called him into a meeting in which he was accused and charged of telling fellow teammates that he does not believe in muthi.

He, however, said the management never got an opportunity to drag him to a disciplinary hearing after the charges did not stick. The Sekhukhune management promised that they would investigate the charges but nothing came out of the probe.

Kapini said he was shocked when the season ended when when he was informed via a WhatsApp message that he was no longer part of Sekhukhune.

He said the least he would have expected was to be invited to the office of the club chairman and be told of the bad news. He said when he was hired by the team they called him into the management office and the same should have been done when he was no longer valued by the team.

Kapini added that he believed he was axed due to his age not performance.

He lashed at football clubs in Africa for lacking respect for players who were above the age of 35, while European teams respected experienced players by giving them contractual options instead of discarding them via WhatsApp messages.

He said he was currently training with Highlands Park, which ply its trade in the ABC Motsepe League, the third-tier division.