Do prisoners Oscar Pistorius and Janusz Waluś qualify for release? 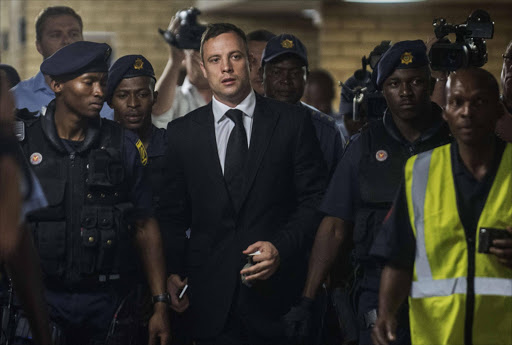 Convicted murderers Oscar Pistorius and Janusz Waluś are not eligible to join the 19,000 prisoners who will be considered for parole in the next few weeks.

“Both will not qualify to apply because the offences they have been found guilty of fall within the category of exclusions as per the president’s proclamation,” justice minister Ronald Lamola said on Friday.

The mass release of prisoners was announced by President Cyril Ramaphosa's office on Friday as the government moved to reduce overcrowding in the country's prisons during the coronavirus pandemic.

Lamola said: “Waluś is a lifer, which has a different dispensation which we are dealing with.”

In 1993, Waluś was sentenced to death for the assassination of Chris Hani, the general secretary of the SA Communist Party. His death sentence was commuted to life imprisonment when the death penalty was abolished in SA.

Pistorius was convicted in July 2016 of murdering his girlfriend Reeva Steenkamp. He gunned her down at his home on February 14 2013.

Lamola explained why Pistorius also did not qualify: “We are dealing here with non-violent [cases for parole]. The low risk is also classified as those that are non-violent offenders so that makes him not legible to apply.”

Pistorius will be eligible to apply for parole in 2023.

19,000 more prisoners will be paroled to ease jail overcrowding

Protesting prisoners at the awaiting-trial section at St Albans in Port Elizabeth set fire to parts of the building on Tuesday evening.
News
1 year ago
Next Article