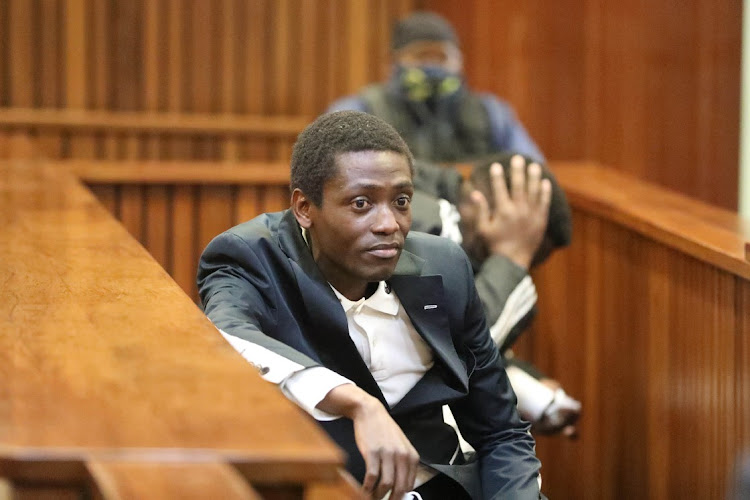 The man dubbed Mamelodi’s “Number 1 Tsotsi”, Vusi “Khekhe" Mathibela, and his co-accused have been convicted of the murder of North West businessman Wandile Bozwana.

They were also convicted of the attempted murder of Mathibela's business partner Mpho Baloyi, possession of a firearm and ammunition.

They had pleaded not guilty to all charges relating to the shooting that happened on October 2 2015.

National Prosecuting Authority spokesperson Lumka Mahanjana said: “Hudla, Mutapa and Khumalo followed the deceased who was at Sandton, Mandela Square, in Johannesburg with his business associate Betty Mpho Baloyi [on the day of the incident], on instruction by Mathibela.

“When the deceased and Baloyi were leaving Sandton to drive back to Pretoria, they were using Baloyi’s car and she was driving. The three men continued to follow them until they reached the Garsfontein off-ramp, and the traffic lights were red.

“The three men got out of the BMW car they were driving and started shooting at Baloyi’s car and fled the scene. Both the deceased and Baloyi were shot, however, Baloyi managed to drive until she stopped at Garsfontein Road, when police and emergency services arrived.

“Bozwana and Baloyi were taken to the nearest hospital, where he later died due to multiple gunshot wounds."

Mahanjana said the accused were arrested between 2015 and 2016.

Mathibela was granted R50,000 bail in December 2016 while the other accused remained in custody.

He was, however, rearrested in 2019 after he violated his bail conditions, which were revoked and his bail money was forfeited to the state, and has been in custody since.

Prosecutor Adv Jennifer Cronje told the court she had presented evidence to prove the guilt of the four men beyond reasonable doubt and that all four men had a common purpose in killing Bozwana.

The case was postponed to August 4 for sentencing.