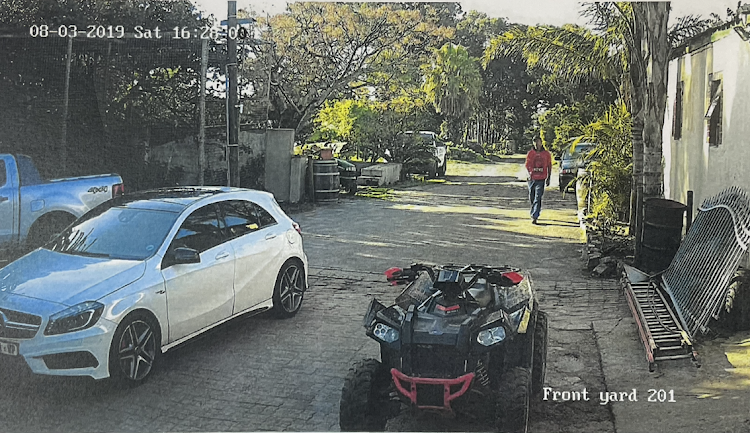 On the third day of the murder trial of horse rider Meghan Cremer, farm owner Geoffrey Mohr testified that Jeremy Sias, a labourer at the time of Cremer's disappearance and murder, was a dependable worker and “a good guy”.

“He grew up with my sons on the farm and began working as a general labourer from his teenage years,” said Mohr in the Cape Town high court on Wednesday.

“There were a few hiccups here and there [with Sias]. He loved vehicles and he once drove a tractor into a wall. He also took our quad bike for a spin without asking but as a young man we all thought it was just naughty stuff.”

Sias is alleged to have killed 29-year-old Meghan Cremer in her farm cottage on August 3 2019.

State prosecutor Emily van Wyk asked Mohr whether he knew if there were any cameras on the farm at the time of the crime on August 3 2019.

“At that time there were eight cameras around the farm and the monitor was in our kitchen. Sias most likely knew there were cameras on the farm as he most probably installed the poles [on which] to hang the cameras,” said Mohr.

Still images were then shown in court of the CCTV screengrabs from outside the main farmhouse on the day of Cremer's disappearance. The images show a man resembling Sias, wearing a red 'Bronx' jersey at 4.28pm walking past the house, just 50m from Cremer's cottage. 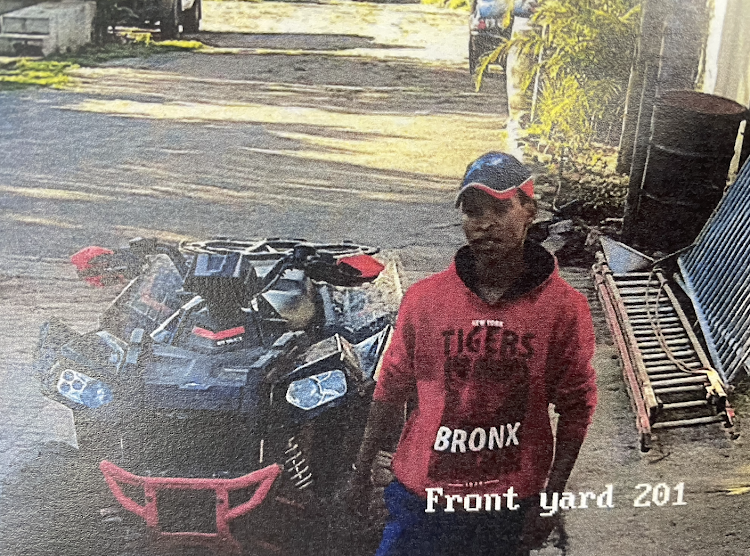 The state alleges Sias entered her cottage shortly after this, at about 5pm, strangled Cremer, placed her in the boot of her white Toyota Auris and drove her off the farm, dumping her body a short distance away in Olieboom Road.

He allegedly went partying that night with friends in Meghan's vehicle when they were stopped in a roadblock. After a breathalyser test, Sias attempted to run away from law- enforcement officials but was soon apprehended. His blood was tested for alcohol levels but the results were below the legal limit so he was let go by officials despite not having a driving licence.

The car would be captured by police a few days later in the possession of alleged friends of Sias, Charles Daniels and Shiraaj Jafta, who were reportedly attempting to find a buyer for the vehicle.

Cremer's body was found on August 8 in a field near to the farm where she lived, after the body was pointed out by Sias.

Sias has pleaded not guilty.

On the day of Cremer’s murder, Sias said, he was on the farm to collect dog food from a compost heap on the opposite end of the property from Cremer’s cottage. He had been drinking alcohol during the afternoon and stumbled across a white vehicle parked near the compost heap with the keys in the ignition.

He said he took the car without knowing it was Cremer’s vehicle and went for one of his “joyrides”. Only later did he realise the car belonged to Cremer, whom he knew from working on the farm.

Murder accused Jeremy Sias made every effort in the Cape Town high court to hide his face from news photographers.
News
2 months ago

In a surprising turn of events during the first day of horse rider Meghan Cremer’s murder trial on Monday, the alleged killer’s story of what ...
News
2 months ago
Next Article