State-owned land identified in KZN for resettlement of families affected by floods: Ramaphosa 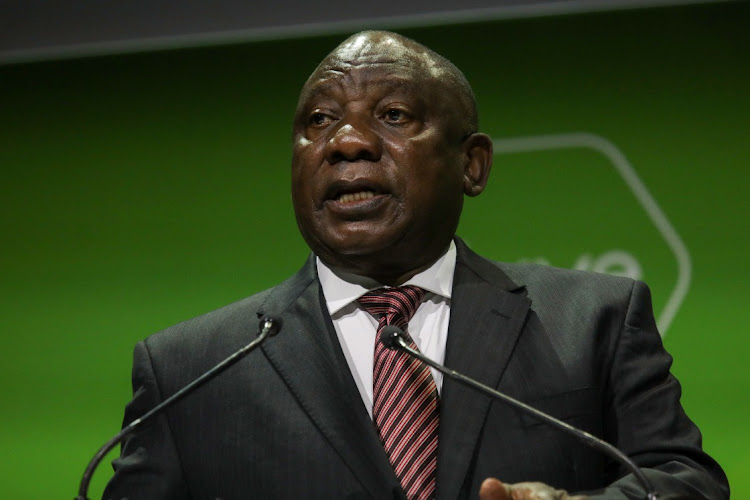 President Cyril Ramaphosa says no-one will be left behind in efforts to rebuild after the recent flood damage. File image
Image: DWAYNE SENIOR/Bloomberg

President Cyril Ramaphosa says the government is mobilising all available resources to help provinces affected by the deadly floods last month as they rebuild.

Heavy flooding wreaked havoc in parts of KwaZulu-Natal, the Eastern Cape and the North West, claiming more than 400 lives and causing extensive damage to property and infrastructure estimated at billions of rand.

Writing in his Monday weekly newsletter, Ramaphosa said no-one would be left behind.

“When this natural disaster struck, there was some concern that authorities had neither the capacity nor the will to respond efficiently and effectively to the dire situation of those who had lost everything.

“Having paid my second visit to the city [Durban] since the floods, I am clear that this concern was misplaced. In KwaZulu-Natal, as in the Eastern Cape and North West, all stakeholders have been hard at work to recover from these tragic events,” he said.

In KwaZulu-Natal, shelter is being provided for more than 7,000 people who lost their homes. State-owned land has been identified in KwaZulu-Natal for possible resettlement.

The National Disaster Management Centre has been co-ordinating all spheres of government in their efforts to provide relief to the many affected households.

Ramaphosa lauded the contribution made by NGOs, businesses and relief organisations joining in working with government to provide much-needed relief.

“These stakeholders have provided food, clothes, blankets, dignity packs and school uniforms to vulnerable families to meet their basic needs.”

Among other government departments, home affairs, health and social development have been on the ground to provide essential services, including reissuing of ID cards, birth certificates and vaccinations in areas where the physical facilities are not yet fully operational.

“Mechanisms are in place to pay out the social grants of affected individuals. Mobile classrooms are being procured so that learning and teaching should not be interrupted for longer than necessary in flood-affected schools.”

Work was under way to repair damaged waste water treatment works, pump stations and reticulation. Significant progress had been made in fixing necessary infrastructure.

“Damaged roads are being repaired. Eighteen new bridges are planned as part of the Welisizwe Rural Bridges programme.

“There has also been considerable progress in fixing key infrastructure supporting the Port of Durban. Given the importance of the port to the national and continental economy, port traffic has been restored, terminal operations are back at full capacity and work to repair damaged rail infrastructure is under way.”

Additional measures are being put in place to provide financial support to big and small businesses in distress to ensure that businesses stay afloat and jobs can be sustained.

“At different times in our democracy’s history we have been confronted with events and circumstances that have severely tested the resolve of our people and the effectiveness of our institutions.”

Ramaphosa said the perseverance of affected communities has been an inspiration and thanked those who have been part of efforts to help.

“As government we are mobilising all available resources and undertaking every effort to ensure that, as we rebuild, no-one is left behind.”

SA cannot recover fully till KZN is back on track — Ramaphosa

The economic reconstruction and recovery under way across the country in the aftermath of the Covid-19 pandemic cannot succeed without the swift, ...
News
2 months ago

Residents of Tongaat and Pietermaritzburg in KwaZulu-Natal received much-needed water tanks after going a month without water supply.
News
2 months ago

Gift of the Givers to donate blankets to KZN flood victims

Humanitarian organisation Gift of the Givers plans to donate 4,500 blankets to victims of the recent KwaZulu-Natal floods.
News
3 months ago

The KwaZulu-Natal health department has been forced to put some planned maintenance on hold to channel money from its budget to repair infrastructure ...
News
3 months ago

Mid-year matric examinations will not be affected by the recent floods in KwaZulu-Natal.
News
3 months ago
Next Article