Esther Mahlangu's attacker an 'electrician' who did odd jobs for her 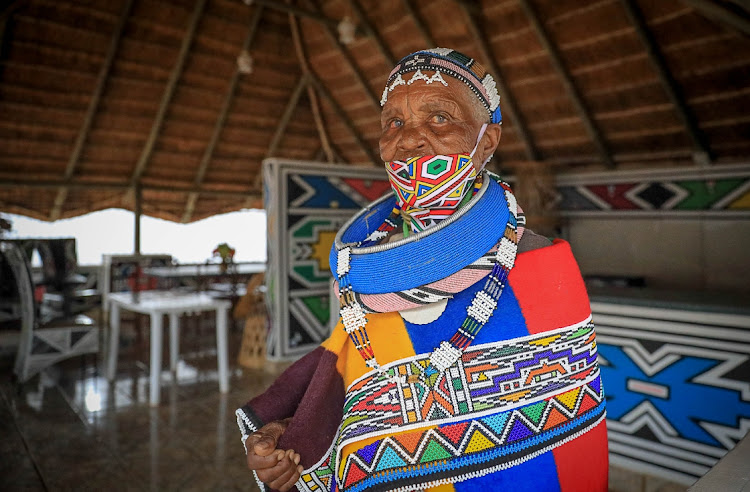 Ndebele artist Esther Mahlangu was punched, strangled and tied up in her home on March 19.
Image: Sebabatso Mosamo

The family of renowned artist Esther Mahlangu feel betrayed and angered because a suspect arrested in connection with her home robbery is a neighbour.

Mahlangu’s grandson Xolani confirmed to TimesLIVE that one of the suspects, Simon Kganshi Skosana, 36 — charged with robbery with aggravating circumstances — was known to the family and did odd jobs at Mahlangu's home.

Xolani said Skosana lived across the road from Mahlangu.

“We didn’t expect this could be done by someone we know so well. He’s an electrician and used to do odd jobs at Gogo’s house. So it means when he was there to work he also observed how things are there at home,” Xolani speculated.

The 87-year-old artist was attacked and robbed in Weltevrede near Siyabuswa on March 19. She was assaulted and her hands were tied with a cord.

The suspect searched her bedroom and took a safe containing a 7.65mm pistol, an undisclosed sum of cash and keys before fleeing.

Two suspects have been arrested in connection with the robbery of renowned Ndebele artist Esther Mahlangu.
News
2 months ago

A suspect has been arrested for robbing renowned Ndebele artist Esther Mahlangu and stealing her firearm.
News
2 months ago

Mahlangu had facial injuries. She was later found by her granddaughter who alerted neighbours.

Police offered a R50,000 reward for information about the robbery.

Mahlangu’s granddaughter, Betty Moyana, said Mahlangu was not taking this news well and her mental health was strained.

“She’s trying to stay strong and positive, but you can see that this has hit her hard,” Moyana said.

The family was still trying to arrange counselling for Mahlangu.

“This was traumatic for her and I think it’s beginning to affect her. It’s only now that she’s beginning to digest what happened to her on that day.”

Xolani said the police were doing frequent patrols past the home and they were waiting for security upgrades promised by the provincial government.