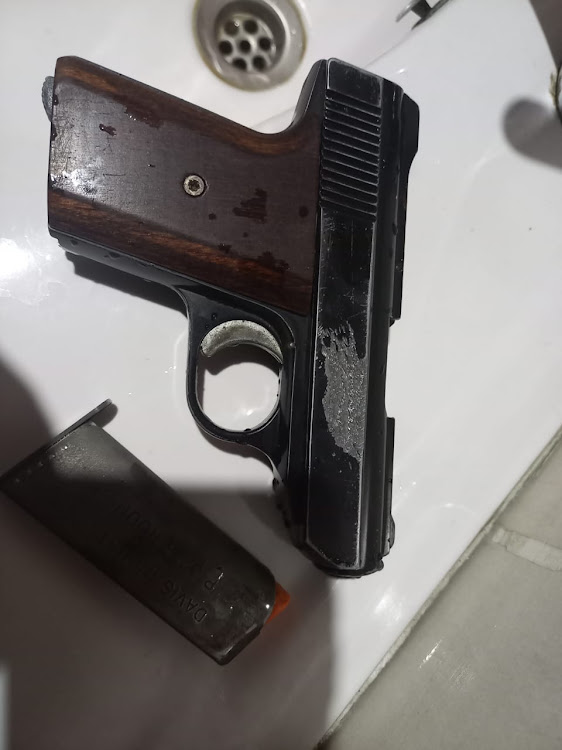 Two suspects have been arrested in connection with the robbery of renowned Ndebele artist Esther Mahlangu.

Mpumalanga police spokesperson Brig Selvy Mohlala confirmed that two men aged 32 and 37 were arrested for the robbery which took place more than two weeks ago.

A total of seven suspects were brought in for questioning but five were released after statements were obtained from them, as they could not be linked to the robbery.

Mohlala said one suspect was arrested at about 2am on Thursday at Mogononong village, outside Siyabuswa.

"He was found with the firearm and its serial number filed off, hidden in the toilet cistern, wrapped in a plastic. He then pointed out the second suspect where he bought the firearm from," said Mohlala.

Mohlala said the second suspect had bought the firearm from another person who had also bought it elsewhere.

"The suspect, 37, confessed to be the one who broke into the house and took the firearm, money and safe. The safe was found grinded at Ramokgeletsana, a few kilometres from Siyabuswa," Mohlala said.

Police had offered a R50,000 reward for anyone with information that could lead to the arrest of those behind the robbery at Mahlangu's homestead.

Mahlangu, 87, was attacked by an unknown man more than two weeks ago while she was alone and about to take a nap at her home.

An undisclosed amount of money and a firearm she has owned for more than 20 years were stolen in the crime that shocked SA.

The well-travelled painter suffered bruises on her cheeks, lips and left temple.

Premier Refilwe Mtshweni-Tsipane visited Mahlangu's home on Thursday afternoon, to among others update her on the latest developments in the investigation of her robbery.

Shortly after the robbery, Mahlangu told Sowetan she wished her attacker is caught and brought to her so she “teaches him a lesson”.

Mahlangu said at the time that she wanted to address the issue of security around her house.

“I wish someone can make a plan for me to have security manning my gate because there was no way anyone would gain entry into the yard unseen if there was a security guard.”

Renowned Ndebele artist Esther Mahlangu bought a pistol which she kept in a safe more than two decades ago to protect herself from crime which has ...
News
3 months ago

Renowned Ndebele painter Esther Mahlangu has been struggling to sleep after she was attacked by a burglar at her Mpumalanga home.
News
3 months ago

The Mpumalanga police have launched a manhunt after award-winning Ndebele artist and icon Ester Mahlangu, 87, was attacked and robbed of her firearm, ...
News
3 months ago
Next Article