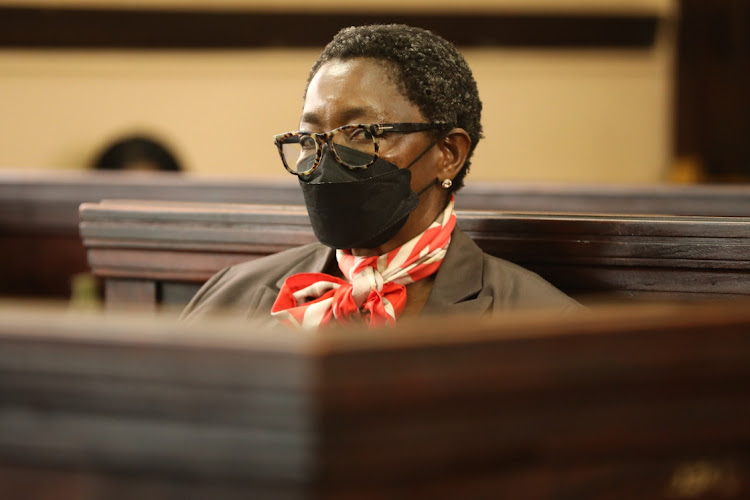 ANC Women’s League president Bathabile Dlamini has dismissed suggestions  by senior party officials that she step down from her position.

Dlamini was found guilty of perjury after a Constitutional Court judgment in 2018 on an inquiry into whether she should pay costs in her personal capacity for the social grants payments debacle.

Johannesburg magistrate Betty Khumalo said there was sufficient proof that Dlamini gave false evidence when she testified before an inquiry instituted by the Constitutional Court.

Dlamini is expected to be sentenced on Friday.

“Normally what we do is allow a member to come to us. The guidelines say you must do it voluntarily. But if you don’t, you appear before the officials, you explain yourself. The officials then take a decision ... that you should step aside or even resign once convicted in a court of law,” said Mashatile.

Speaking on EWN, Dlamini said attempts to remove her from her position were "premeditated" and “unfair”.

“The whole thing is not innocent, the way people are speaking it sounds premeditated. You cannot have a senior official of the ANC saying I must resign from the ANC. It’s unfair, because they are running at the highest speed that they have not done with others who have gone through this.

“They can’t be patient, they are all running and coming through in all directions. You have [basic education minister] Angie Motshekga and others holding meetings deciding that we [ANC Women’s League] must be disbanded”.

Dlamini, without naming anyone, said there were people in the party who had committed more serious offences but were still enjoying their membership and rights.

“There are people, who have done i’dudla ze zinto, big things, that are still enjoying their membership and their rights within the ANC.”

Previously, Dlamini said the ANC’s national executive committee (NEC) had its own “skeletons” and all hell would break loose if they came out.

“All of us there in the NEC have our smallanyana skeletons and we don’t want to take all the skeletons out because all hell will break loose,” Dlamini said in a SABC News interview in 2016.

What sentence should Bathabile Dlamini be given?
Next Article