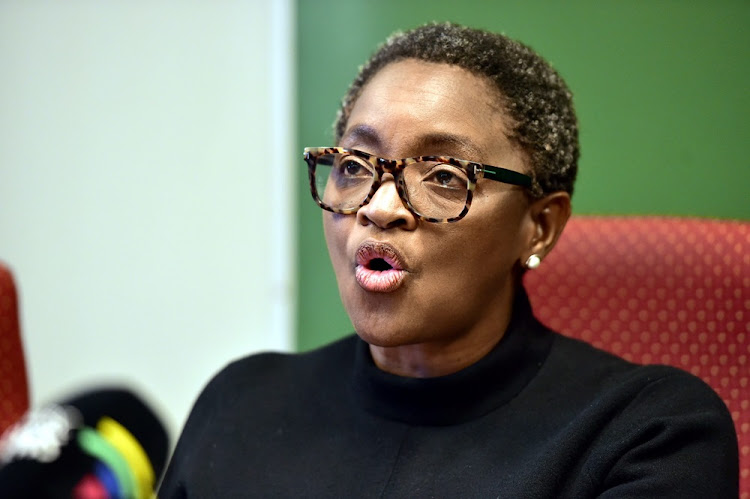 As embattled ANC Women’s League (ANCWL) president Bathabile Dlamini awaits her sentence after being convicted for perjury, structures pushing for her second term have vowed to drum up her campaign ahead of the organisation’s national elective conference in June.

Dlamini was on Wednesday found guilty by the Johannesburg magistrate’s court for lying under oath over her involvement in the social grants distribution crisis.

Her sentence has been scheduled for April 1.

This would deal a huge blow to her prospects to hold on to her post, from which she earned a R70,000 monthly salary, according to revelations by her lawyers during mitigation.

The ANCWL’s biggest provincial block, KwaZulu-Natal, has however vowed to continue rallying behind Dlamini and her ambitions to secure a second term.

The structure claimed SA’s justice system had been captured and that it had “eyes” in relation to politicians within the ANC.

“We will be supporting her even after her sentence because we believe in her ideology. She deserves a second term. As the province we did not have any other option or candidate because of the quality of leadership she gave us,” Gabela said.

The conviction of former minister Bathabile Dlamini has been described as a “watershed” moment in the country where politicians, ministers and MPs ...
News
3 months ago

With the party’s integrity commission expected to summon her to explain her conviction, Gabela dismissed calls for Dlamini to step aside.

“Bathabile’s case is not for fraud, so it will be contrary to the resolution of the ANC which talks about corruption, fraud and serious crimes. But let’s wait for the process,” she said.

ANC spokesperson Dakota Legoete said he would have to double check if Dlamini’s perjury conviction was covered by the party’s resolution on dealing with wrongdoing.

“I still have to look it up and get clarity from our legal team,” Legoete said.

Prosecutors have recommended that Dlamini be slapped with imprisonment or a hefty fine as she had been previously convicted for fraud and paid a fine of R120,000 to avoid going to jail in 2006.

Dlamini is set to face disciplinary action for misconduct by the ANC should the court slap her with a custodial sentence.

Greater Johannesburg regional chairwoman Ndivhuwo Sekoba said the structure would also push for Dlamini to be elected in absentia if she was imprisoned or suspended as many people had lied with impunity in the party.

“Even if they send her to jail, we will elect her in that venue [conference]. We are not going to allow this to happen to any woman leader during our time,” Sekoba said.

Sekoba said Dlamini was now rehabilitated as she had spent over a decade without being found guilty of theft and fraud.

OR Tambo regional convener Nomnikelo Yehana said the region was yet to decide who it wanted to lead the ANCWL.

“We have not discussed her legal issue and we have not taken a decision to back her or any individual candidate. We are still going to canvas our own preference,” Yehana said.

For far too long in this country shameless political leaders have got away with lying in public without consequences.
Opinion
3 months ago

State says it has proved Bathabile Dlamini lied under oath

The state says it has proved that former social development minister Bathabile Dlamini is guilty of perjury.
News
4 months ago
Next Article