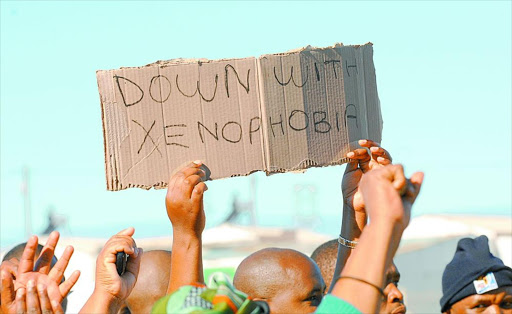 Kopanang Africa Against Xenophobia is free to proceed with its anti-xenophobia march on Saturday. File image
Image: Mike Holmes

The Johannesburg metro police department’s banning of an anti-xenophobia march planned for Human Rights Day has been overturned by the high court.

This means Kopanang Africa Against Xenophobia is free to proceed with the march on Saturday, should it wish to do so.

The court challenge was argued by advocate Tembeka Ngcukaitobi, appointed with the assistance of the Socio-Economic Rights Institute of SA.

TimesLIVE previously quoted Kopanang organiser Trevor Ngwane as saying the aim of the march was “to show our solidarity to SA-born people and those who were not born in SA with those who are under attack.

“We believe the attacks against immigrants from other parts of Africa are not only unfair, but are also an attack on international solidarity. It is a threat to what we have built in SA, which is a society based on democratic principles, fairness, gender equality and many other basic human rights.”

The EFF has threatened that it would take it upon itself to end Operation Dudula raids and its activities across Gauteng.
News
3 months ago

Operation Dudula leader Nhlanhla 'Lux' Dlamini's bail application will be heard on Monday, meaning he will remain in custody over the weekend.
News
3 months ago
Next Article