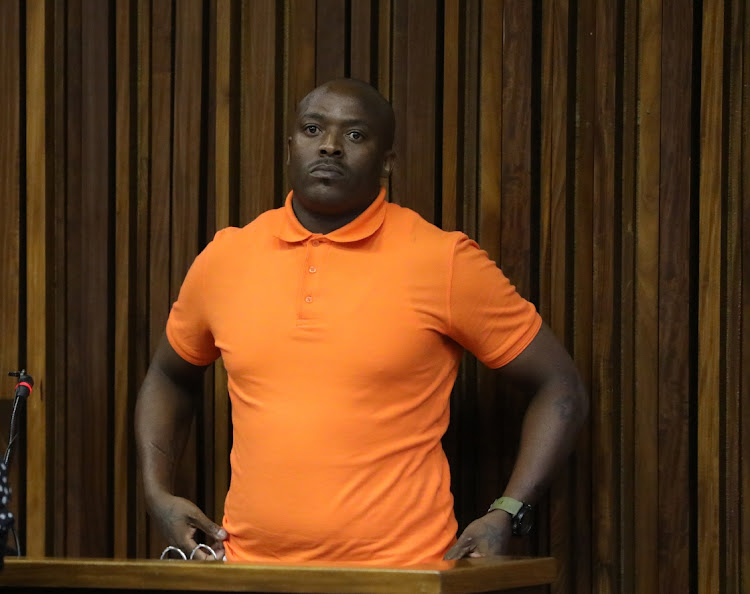 “It was being greedy and just the love of money.”

This is what convicted murderer Muzikayise Malephane told the high court in Johannesburg on Tuesday afternoon when he was asked why he had decided to murder  Tshegofatso Pule instead of looking for a hitman as agreed with Pule’s boyfriend Ntuthuko Shoba.

Malephane took the stand as the third witness on the second day of Shoba's murder trial.

He is  charged with murder, conspiracy to commit murder and defeating the ends of justice.

Shoba, is accused of having hired Malephane to murder Pule for R70,000.

Malephane, who last year pleaded guilty to killing Pule, turned state witness and is serving a 20-year sentence, told the court that he murdered Pule after Shoba asked him to devise the hit on her.

A heavily pregnant Pule's body was found hanging on a tree in Roodepoort, on the West Rand, in June 2020. She also had stab wounds.

When asked for reasons given for organising the murder, Malephane said: “Mr Shoba said he did not want his wife to find out that he had impregnated Pule.”

Malepha detailed how Shoba informed him that he wanted her to be hanged at a bridge in  Roodepoort area and for a fake suicide note to be written on her phone.

“He explained that he wanted her to be hanged on the bridge in Maraisburg. He also wanted a suicide note to be written on her phone and posted on her WhatsApp,” Malephane told the court.

Shoba has pleaded not guilty to all the charges.

Malephane said he and Shoba had been friends who socialised and went out together. He said they also went to the same high school around 2008.

Convicted murderer Muzikayise Malephane testified that Ntuthuko Shoba first offered him R7,000 before agreeing to pay R70,000 for the murder.
News
3 months ago

The Gauteng high court has imposed a partial media blackout in the trial of Ntuthuko Shoba, accused of killing his pregnant girlfriend Tshegofatso ...
News
3 months ago
Next Article