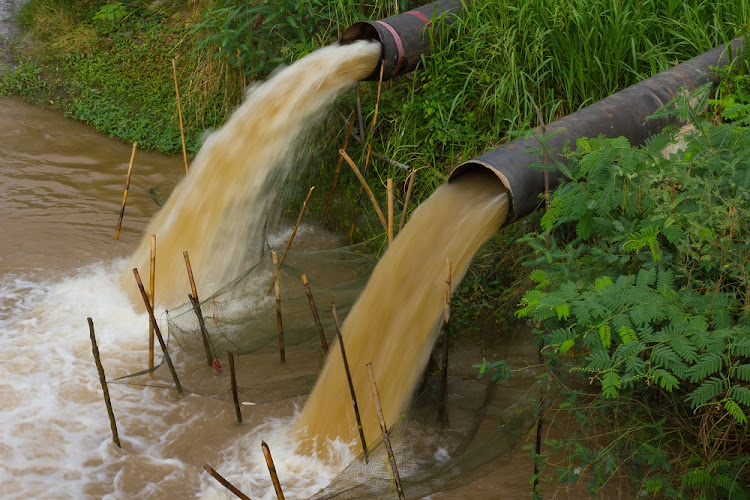 Gerry Motloheloa had to remove all his furniture after sewage flooded his RDP house, leaving an unbearable smell, on Tuesday night.

Motloheloa, from Lukhanyo Lwabantu Street at Tula location in Cradock’s Lingelihle township, said there had been a problem with the sewerage system for a while.

He said this was not only a hazard to residents’ health but had also damaged their furniture.

The Chris Hani district municipality officials showed no interest in resolving the matter, he said.

“There is poor workmanship here by the people who did the plumbing of our houses.

“The sewerage gets blocked every now and then. On Tuesday night there was a flood of sewage in our house.

“While other people are concerned about flooding as a result of rain, here we deal with sewage flooding.

“We have informed the municipal officials many times about this problem.

“They have failed to resolve it. The Chris Hani district municipality is putting our lives in danger in the face of the Covid-19 pandemic.”

A week after a sewage spill contaminated the water at Uvongo Beach on the KwaZulu-Natal south coast, it remains closed to the public despite a drop ...
News
4 months ago

Motloheloa said sewage spills had damaged most of his furniture.

“The furniture in my bedroom, couches, wardrobe and kitchen units have also been affected by this sewage,” Motloheloa said, adding they wanted officials to come and inspect their houses.

Motloheloa’s neighbour, Zukiswa Adam, said she would have moved long ago if she had somewhere else to go.

“We are living and swimming in a sea of sewage.

“We did not sleep well on Tuesday night cleaning the sewage that had come into our kitchen and bedroom.

“This has been going on for a while. The smell is unbearable,” Adam said.

The Cradock area has seen previous complaints about substandard infrastructure in its sewerage system.

In 2019, the DA in the Eastern Cape called on authorities to investigate sewage flowing into the Fish River at Cradock as the party believed the problem posed a health risk to individuals.

Chris Hani district’s spokesperson Bulelwa Ganyaza said their technical team had found the mainline was blocked, causing overflow at Motloheloa’s house when they attended to the problem on Wednesday.

“With the recent complaint in Lukhanyo Lwabantu Street, the municipality immediately attended to this by dispatching our technical team to the area. The area has been treated with disinfectants and the complainant was also engaged.”

Ganyaza said a large number of sewer blockage complaints that the district municipality attended to were caused by damage to water and sanitation infrastructure.

She urged residents to “refrain from flushing foreign material down the toilet, dumping waste in the manholes and blocking the sewer pipes as this places the health of our environment and communities at risk and also causes damage to municipal infrastructure”.

She said awareness campaigns were conducted to educate communities about associated risks in this regard.

Load-shedding has caused sewage to flow into the Durban harbour while large parts of the city and surrounds battle water disruptions.
News
6 months ago

Broken promises‚ a lack of political will and a desperate shortage of government money mean there is little hope the Vaal River's sewage pollution ...
News
4 months ago
Next Article