Remarks are a rebuttal of rumours about security concerns 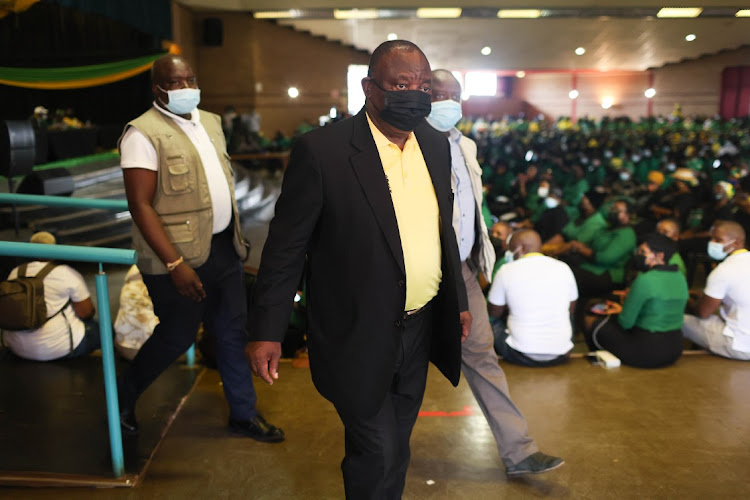 President Cyril Ramaphosa has insisted that he abruptly left an ANC Women's League (ANCWL) event on Thursday because it flouted Covid-19 regulations.

This is despite rumours that there was a security threat.

Speaking for the first time since the incident, Ramaphosa said he had to leave as the event did not comply with the regulations.

“Yesterday was the [issue of] Covid regulations non-compliance, so we had to stop and everybody agreed, including the leadership of ANCWL. So it was all agreed that they hadn't complied because we must comply with Covid regulations.

“So everything was well-handled and I'm rather glad that everybody, including the leadership, agreed that we should not proceed,” Ramaphosa said on Friday.

The president was whisked away abruptly by deputy minister for state security, Zizi Kodwa, just minutes before he was expected to address the Lilian Ngoyi memorial lecture in Lebowakgomo, Limpopo, on Thursday afternoon.

Rumours have abounded that his security has been beefed recently due to a series of events deemed to be a security concern. Among those are the alleged arson in parliament and the attack on the Constitutional Court building.

President Cyril Ramaphosa is a son of the soil in Limpopo and ANC members in the province are satisfied with his leadership - that is why some have ...
News
5 months ago

Cyril Ramaphosa on Thursday walked out of what was supposed to be a memorial lecture in memory of Lilian Ngoyi.
News
5 months ago

Tickets for the ANC gala dinner have been sold out and these include the seats that sold for a whopping R1.2m to sit next to party president Cyril ...
News
5 months ago
Next Article