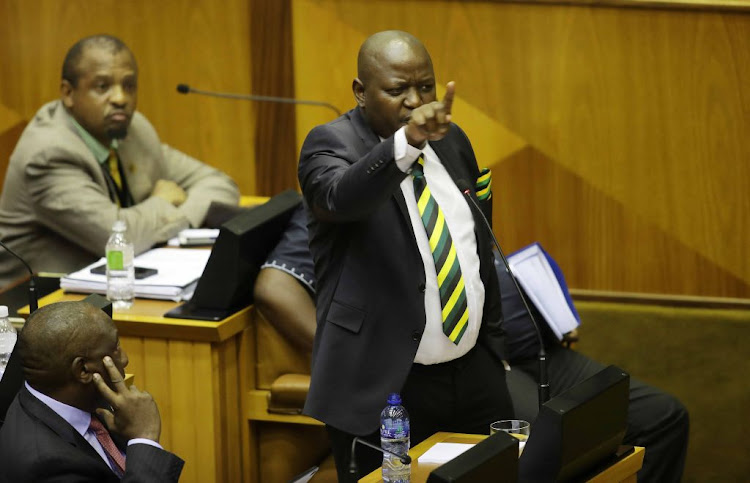 Mamabolo’s foundation announced on Thursday that he will be contesting for the position of deputy president of the ANC at the party’s national elective conference in December next year.

Mamabolo confirmed that the announcement was a culmination of two years of ground work by local branches, who want him to run for the position.

“I can confirm the details of the statement. There have been talks in branches and regions for about two years now,” he told TimesLIVE. “Who am I to say no to the ANC branches? If branches of the ANC say they want you in a particular position, I can’t say no to them.”

Mamabolo said the same branches previously “took him to parliament” when no-one thought it was possible for an individual to be elected directly from an ANC branch to parliament.

“The branches of the ANC said, ‘This is possible’. They took me directly from the branch to the National Assembly and I was number one on the list” he said.

Mamabolo, 38, who is the chairperson of the ANC’s Milo Malatjie branch in Seshego, Polokwane, said when the ANC branches approached him about standing for the deputy president position, they said they wanted to “inject” young people in the party’s top six.

The ANC has condemned in the "strongest possible terms" the conduct of party MP Boy Mamabolo, who allegedly threatened to shoot a journalist and kick ...
News
1 year ago

Asked about running an election campaign, which is not the norm in the ANC, he said he would attend branch seminars or deliver political lectures when invited to.

“You only speak about the conference when you are at the venue of the conference. That’s where I will say whether I accept the nomination or not, for now I can’t say no to the idea. It’s the idea of the branches.”

The former Limpopo ANC Youth League chairperson said the position of the ANC deputy president was key, both in the party and state.

The deputy president is the party’s head of deployment and leader of government business in parliament.

Mamabolo said if elected, he would ensure that young people are deployed to strategic positions.

He said the required threshold to be on the ballot is guaranteed, as a candidate only needs the support of one of the ANC leagues or provinces to be considered.

While in its statement, the Mamabolo Foundation said the campaign will be officially launched on January 6, Mamabolo said the event will not be a launch “as such”. He said he annually hosts the elderly and local branches but this time around, the event would coincide with the ANC’s January 8 celebration in Polokwane.

Mamabolo made headlines when he made allegations of domestic abuse against EFF leader Julius Malema during a heated parliamentary debate in February 2020. He later withdrew the allegations when Malema threatened legal action against him after he repeated the statements in a newspaper.