‘We never thought a child could do this’: Family left reeling after 20-year-old admits ordering 2016 ‘hit’

20-year-old Onthatile Sebati recently confessed to police that she was behind the brutal murder of her family. 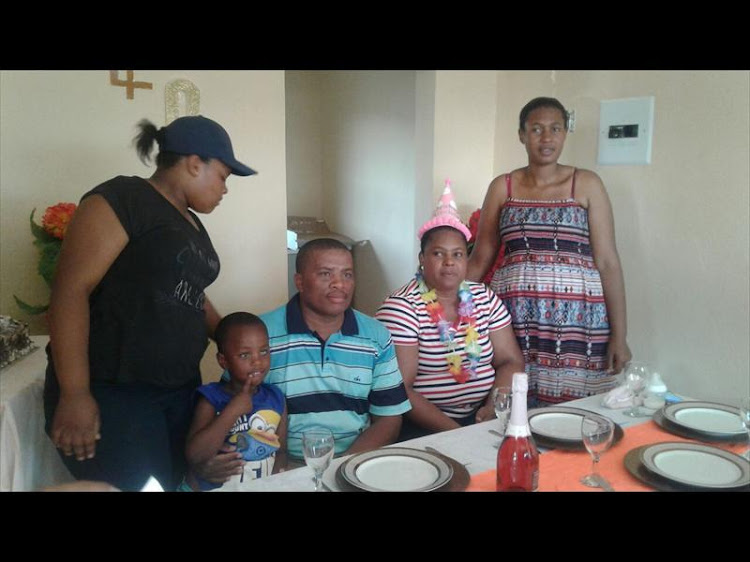 Onthatile Sebati (in cap) with Quinton, Solomon, Mmatshepo and Tshegofatso who was pregnant. Here, the family is celebrating Mmatshepo's 40th birthday.
Image: Supplied by family member

Though the confession made to police by 20-year-old Onthatile Sebati that she ordered a hit on her family in 2016 brings some sense of closure, it has also raised more questions for the bereaved.

Police said Onthatile recently confessed that she was behind the brutal murder of her family, that shocked the community of Mmakau, near Brits in the North West, five years ago.

Police spokesperson Lt-Col Amanda Funani said Onthatile, together with her co-accused, were arrested after Onthatile, who turns 21 next week, went to the Mmakau police station and allegedly admitted to the killings.

Her father, police officer Constable Solomon Lucky Sebati, 41, her mother Mmatshepo, 40, 3-year-old brother Quinton and her eight-month pregnant sister Tshegofatso, 22, were murdered by what was reported to be a gang at the time. The shooters fled the scene with Solomon’s Chrysler Voyager, which was later found abandoned.

At the time, police said Onthatile was outside when the armed gang entered the home. When she went inside she was also shot, but only suffered a flesh wound. She had told police that she played dead, which is how she survived.

As a result, her surviving family members saw her as a victim — the only survivor of a gang killing.

Onthatile’s cousin, Molefe Tholo, told SowetanLIVE's sister publication TimesLIVE the family was still shocked at the latest developments and they were trying to digest the news.

“We honestly saw her as the only survivor of this brutal killing of our loved ones and never thought she was behind their killing. It’s just hard to digest this. We never thought that a child could do this to her parents and siblings. This is one thing we truly never expected,” he said. 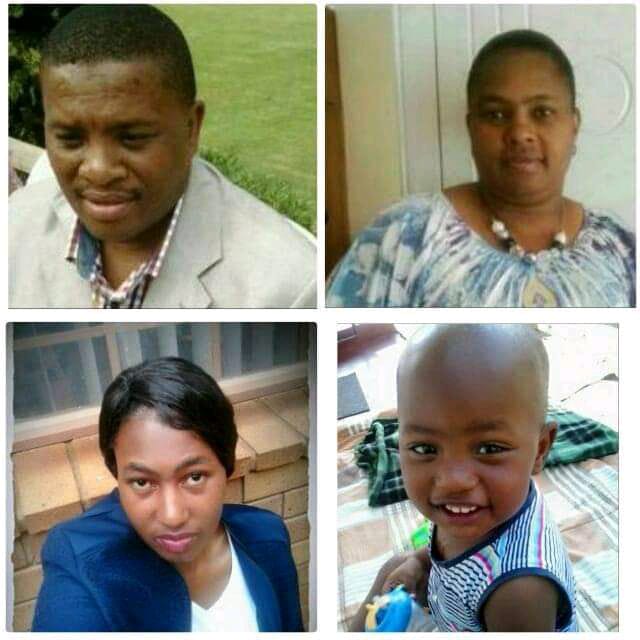 The Sebati family members who were brutally killed at their home in Mmakau, near Brits in the North West. Solomon, Mmatshepo, Tshegofatso, who was eight months pregnant at the time, and Quinton. The only survivor of the 2016 attack, Onthatile recently confessed to being behind the hit.
Image: Supplied

Tholo said the family still had many questions and was hoping to get answers soon.

“We are asking ourselves why she did this. What was the motive?” Tholo asked.

Tholo’s mother is one of Solomon's sisters.

He described his late uncle as a loving and caring father who had brought up his children in a Christian home. He said Solomon was not only a cop, but also a pastor at the local 12th Apostolic Church. He was loved by his community, Tholo said.

“He was also an employer to about 10 people in the community. He owned a funeral parlour and also sold electricity and airtime. All of those businesses are down. My uncle was a hard worker and always wanted the best for his family,” Tholo said.

He said that Onthatile was a sweet and obedient child, but her behaviour changed when she went to high school.

“She became rebellious and my uncle was complaining a lot about her behaviour,” he said.

Onthatile, with the two other accused she allegedly hired to carry out the hit, appeared in the Brits magistrate’s court on Monday facing five counts of murder.

The two other accused are Kagiso Mokone and Tumelo Mokone, both aged 23. Their case was postponed to Thursday for a formal bail application.

Cop’s daughter confesses to hiring hitmen to kill her family

A North West woman will appear in court on Monday after confessing to ordering a hit on her parents and siblings five years ago, when she was 15 ...
News
5 months ago

“When you look at the ages of the two guys she is alleged to have hired, you can see that they were also very young when they did this. They were about 18. This is shocking and very painful,” Tholo said.

Tholo said they never suspected that Onthatile could have been behind the murders, especially because she was only 15 at the time.

He, however, said they had noticed some questionable behaviour from her — but they took it that this was her way of dealing with grief.

“She turned to alcohol and was always drinking, but we brushed it off ... What she experienced was traumatic,” Tholo said.

He said he could not say if the family would support Onthatile in her upcoming court case and whether they would help pay for her bail, if granted.

“We are taking things slowly. What this has done is to open our healing wounds, but at least we’ll get some kind of closure, though it’s very painful.”

In 2018 the high court in Pretoria acquitted two men who were arrested in connection with the murder. In acquitting the duo, acting Judge Vincent Ratshibvumo said there had been insufficient evidence to prosecute Karabo Mokgosi and Tebogo Chidi for the murders.