EFF had no obligation to save Masina because of our friendship: Malema 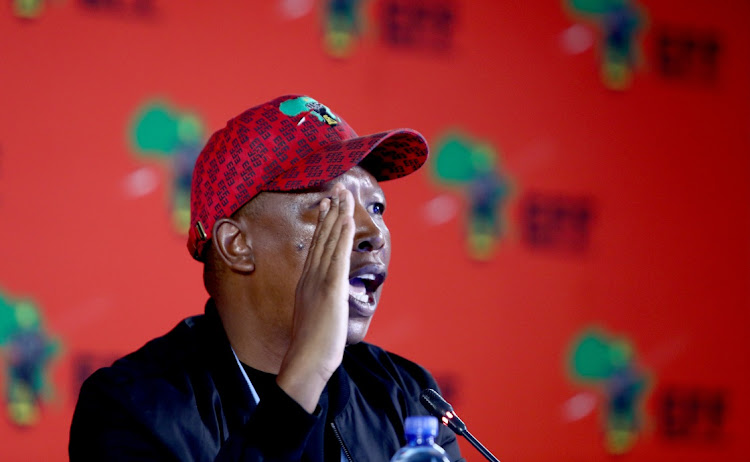 EFF leader Julius Malema says his friendship with former Ekurhuleni mayor Mzwandile Masina — who failed to secure a second term when EFF councillors voted for a DA candidate after hung results in the recent local government polls — has no conditions attached about supporting each other politically.

Politics, he said, should not be mixed with friendship.

Malema said Masina had failed to support him during his days as ANC Youth League (ANCYL) leader when he was contesting against Lebogang Maile.

The EFF leader said he was therefore not bound to instruct the party’s councillors to vote for Masina because they were friends.

Malema said he hoped Masina would not allow politics to come between them.

“Ekurhuleni has moved from Mzwandile Masina to the DA and people say, ‘Mzwandile is your friend — why did you not vote for him?'

“Our friendship has never been based on voting for each other. He never voted for me when I was in the ANCYL. He preferred Lebogang over me but that did not affect our friendship.

“If he is the one who is not voted for and it affects our friendship, then so be it. In our friendship engagements we have never said we are going to vote for each other to remain friends. There is no such arrangement.”

In Malema’s world, he said, being friends while in the political space does not mean you are guaranteed each other's support.

“I do not work on friendship. These comrades, many of them are my friends, but if we come to political issues where we do not find each other, I am going to disagree because it is not friendship. It is political and has to be political all the time.”

The DA has gained control of Metsimaholo municipality in the Free State after its mayoral candidate Jeff Zwane was elected unopposed.
News
5 months ago
Next Article