EFF councillor-elect murdered before he could be sworn in

“According to the information, the deceased was busy at his tavern when two men entered pretending to buy alcohol” 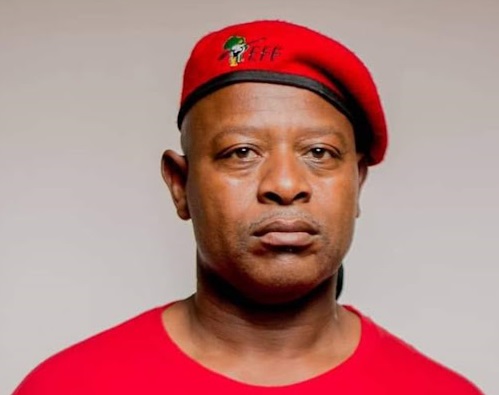 Sisa Mxotwa was killed inside his tavern in Tsomo .
Image: Supplied

The swearing-in of councillors at Intsika Yethu local municipality in Eastern Cape on Monday should have been a celebration for the four newly elected EFF councillors but instead it was a sombre occasion as one of the group had been shot and killed.

Though unable to provide more details of the incident, provincial police spokesperson Brigadier Tembinkosi Kinana confirmed that Mxotwa had been killed inside his tavern in Tsomo.

“According to the information, the deceased was busy at his tavern when two men entered pretending to buy alcohol,” he said.

“While he was assisting them, he was shot. He died on the scene.”

A murder docket was opened.

He was unable to say whether they suspected his killing had been politically motivated, but police were seeking leads.

“Callers may remain anonymous and shared information will be treated with confidentiality.”

Suspected political-related killings have increased in the run-up to local government elections on November 1.
News
1 month ago

Mxotwa’s family could not be contacted for comment at the time of writing on Tuesday.

But EFF provincial chair Yazini Tetyana said they were pained by the killing of one of their own.

He described Mxotwa as a dedicated member.

“Mxotwa was a dedicated fighter, a ground force who put the interests of his community first.

“He dedicated his last days to the EFF and contributed immensely to its growth in Intsika Yethu.”

Tetyana also revealed Mxotwa had won a high number of votes, qualifying through the EFF’s internal process to be a councillor.

“We remember him and hope his soul will rest in peace.

“We hope those who murdered him will be found and sent to the darkest place in hell.”

Asked if they suspected that his death could have been linked to politics, Tetyana said only the investigation by the police could reveal the truth.

“At this point we can’t speculate. We are allowing a grieving process for the family and the EFF family and letting the law take its course.”

He said the EFF was monitoring the police investigation.