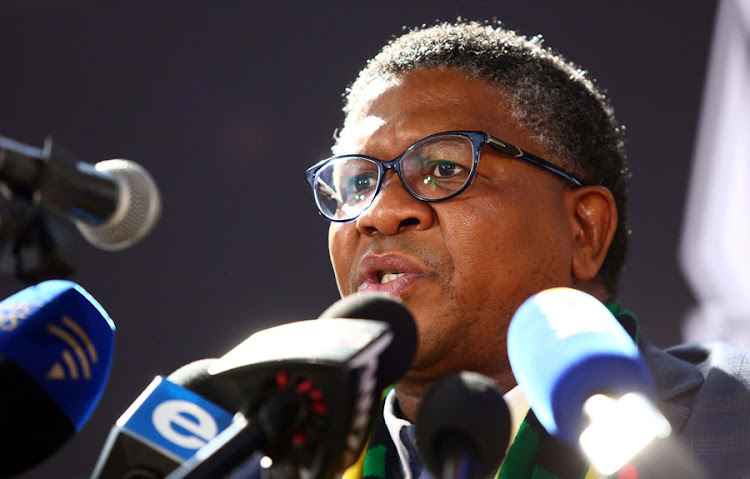 It is also planning to build concrete walls along identified rail corridors and around substations as an additional measure to improve security.

“Over and above the internal security operations, Prasa will be deploying a further 5,000 guards sourced through various private security service providers during the month of November 2021,” he said.

This is meant to bolster the coverage of its infrastructure with both armed and unarmed guards based on a recent security-risk assessment report.

Mbalula said the report advised on deployment informed by the corridor recovery approach adopted by the organisation.

“In reinforcing boots on the ground, Prasa will be making use of security and surveillance technologies as part of its phase 2 deployment from December,” he said.

An additional measure to improve security is the construction of concrete walls along the identified rail corridors and around substations, relay rooms and control rooms.

The walls will be impenetrable and vandal proof. The material to be used will provide extra strength with a height of up to 4m, reinforced with an electric fence and closed-circuit television (CCTV) and motion detectors, said the minister.

He said Prasa will continue with its risk-based approach in deploying further security where necessary.

Mbalula was answering MPs’ questions in the National Assembly.

He told MPs that Prasa had put in place a detailed recovery plan aimed at rehabilitating and replacing stolen and vandalised infrastructure.

Progress in rehabilitating infrastructure and recovering services was at various stages across corridors. A phased approach had been adopted with high-density corridors prioritised with quick turnaround times and allocation of capital funds, said Mbalula.

Two presidential projects were high priority — the Mabopane Corridor in Tshwane and the central line in Cape Town. Work on the Mabopane Corridor was nearing completion and was on target to resume phase 1 of services by the end of November, while the central line in Cape Town was experiencing delays due to challenges with the removal of informal settlements on the track and along the rail reserve in Langa and Philippi.

He said other corridors were at various stages in the procurement process to appoint consultants and contractors to commence with rehabilitation of rail infrastructure.

The Passenger Rail Agency of SA (Prasa) says it is on track to reopen the Mabopane train corridor by the end of the month following its closure due ...
News
6 months ago

Passanger Rail Agency of SA CEO Zolani Matthews says he is not confident that the railway group can provide a reliable service in the coming ...
News
7 months ago

There were fewer accidents on the railways during the 2020/21 financial year but this should not be cause for celebration, deputy transport minister ...
News
7 months ago

Germiston police have arrested six suspects for possession of Prasa property with an estimated value of R1m.
News
8 months ago
Next Article