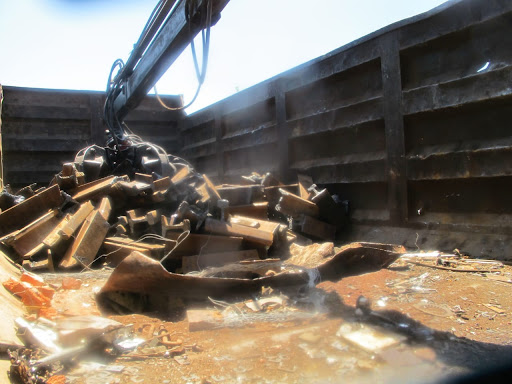 The value of the stolen pieces of railway line found inside the truck and scrapyard is estimated at R1m.
Image: SAPS

Germiston police have arrested six suspects for possession of sections of Prasa railway line with an estimated value of R1m.

They are facing charges of possession of suspected stolen property and defeating the ends of justice.

Police said in a statement: “The SAPS members were out on a routine crime prevention patrol [on Tuesday] when they detected a suspicious truck and immediately conducted a stop-and-search. The search resulted in the SAPS members recovering a large consignment of railway lines found inside the truck.”

The suspects had also sold a consignment of railway line to a scrapyard dealer, said police.

Police arrested six suspects who are expected to appear in court soon.

Former hospital worker bust after 'making off' with dialysis machine

A Durban man has been arrested for allegedly stealing a dialysis machine worth more than R250,000 from a local hospital.
News
2 months ago
Next Article