'There's nothing left for me in this world' 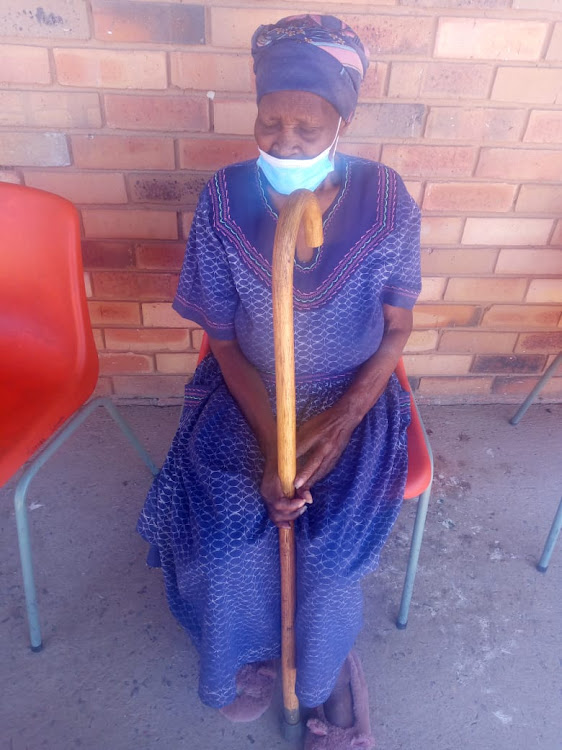 All that 90-year-old blind granny Zithulele Manganye hopes her vote will get her is an RDP house.

Manganye, who does not remember her place of birth, was left out in the cold when other residents in Soshanguve, north of Pretoria, were allocated RDP houses since 2004.

She said that her daughter who had been applying and following up on the matter passed away and now she has lost hope.

Sowetan spoke to Manganye on Monday while she was waiting on her great-grandson to take her home after she cast her vote at MJ Mgidi Senior Secondary School.

“I just want an RDP house,” she said, adding that she was on her death bed and wants to die in peace. “I have lived and now there is nothing left for me to stay here,” she said.

Manganye said she wants her last days to be pleasant and comfortable.

Magdalene Ntjale, 59, a ward 26 resident, said she was happy to be giving the Tshwane municipality a chance to fix their mistakes.

Ntjale is unemployed and depends on her husband's pension fund for survival. “My two daughters are qualified and unemployed but we hope for better results,” Ntjale said.

She said she believes that their loyalty to the city will push them to do better. “This is a final chance to the city to do what is right for people.”

Kgomotso Mabale, 37, believes that change is coming. He further explained that children are not safe at public schools. “There should be more security guards and at least one police official in government schools because that is where pupils gather information. School resources are being stolen and learners fail to get the necessary educational equipment they need,” Mabale said.

He said they needed health facilities that open 24 hours a day and seven days a week closer to home.

“The only clinic around here operates for only eight hours a day and opens only during the week.”

Abahlali baseMjondolo, the shack dwellers' movement, wants members who were evicted during the state of national disaster brought back to their ...
News
1 year ago