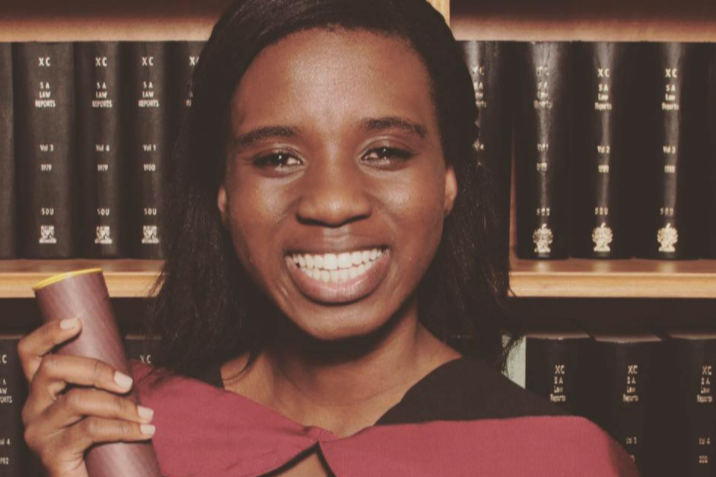 One SA Movement spokesperson Mudzuli Rakhivhane has reflected on her controversial panel discussion with media personality Gareth Cliff, saying she has no regrets about doing it.

Rakhivhane was a guest on Cliff’s The Burning Platform show on Thursday together with DA leader John Steenhuisen. They discussed politics and the November 1 local government elections.

During the interview, Cliff dismissed her racism struggles as “anecdotal” and “unimportant”.

“Your personal experiences are completely anecdotal and unimportant to all of us, sorry,” Cliff told Rakhivhane.

Reflecting on the incident in a lengthy social media post, Rakhivhane said the experience brought back memories of when she would walk away feeling small and frustrated with herself for not saying anything in the moment.

She said was invited on the platform as One SA Movement spokesperson and as the “sole guest on the show”.

“I logged onto the platform and to my surprise, the promo ad said it would be a discussion between myself and John Steenhuisen. Getting into a ‘debate’ with John was not part of the plan, but this is the game sometimes and I am quickly learning to roll with the punches,” said Rakhivhane

“I am spokesperson of an organisation that is engaged with the work of electoral reform and is supporting independent candidates in the upcoming local government elections. It is my job to reach as many voters as possible and talk about their options, their rights and landscape of the election. This was an opportunity to do that.

“I addressed the DA’s false notion that voters only have two options in this election, being the ANC and the DA. I discussed the Electoral Reform Bill and alternatives for those who are unhappy with the current political offering.”

She said the discussion was a mixed bag and there were moments of alleged "erasure, disrespect, racism and sexism.

Rakhivhane also responded to those who felt she should not have taken part in the interview, saying she should be able to go where the people are.

“I am asking to be treated with dignity and respect — to be able to speak and for my expertise, background, knowledge and experiences to matter.

“I should be able to go where the people are, just like my white male counterparts, and do my job without being subjected to that kind of behaviour,” she said.

After the controversial interview, Nando’s pull the plug on its sponsorship of The Burning Platform show.

Nando’s said Cliff failed to create an environment in which free speech was possible.

“There are many instances in which Nando’s has not agreed with the opinions of both guests and presenters on CliffCentral.com, but we have upheld their right to express their views as a core component of a healthy constitutional democracy.

“In the case of The Burning Platform episode which aired on October 21, Nando’s is of the view Gareth Cliff failed to create an environment where free speech was possible by talking over Mudzuli Rakhivhane and dismissing her view while not allowing her to adequately express it,” said Nando’s.

DA leader John Steenhuisen has responded to criticism about him 'smirking' on Gareth Cliff’s show, saying SA is starting to hit a 'new low'.
News
2 months ago

Nando's has announced that it has terminated its sponsorship of Gareth Cliff's show The Burning Platform on Cliff Central.
News
3 months ago
Next Article