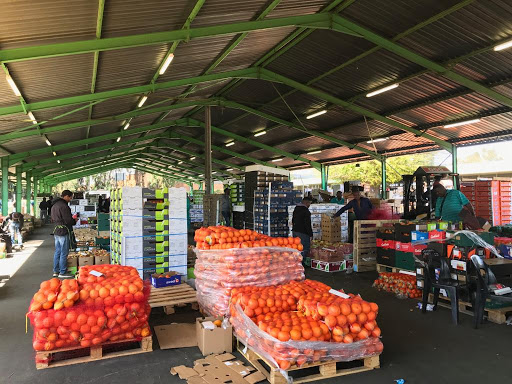 Some of the fruit that is traded at the People's Market in Johannesburg.
Image: Kgaugelo Masweneng,

A senior financial controller at the Johannesburg fresh produce market has been arrested by the Hawks in connection with a multimillion-rand scam, while her accomplices appear to have fled overseas.

City of Joburg spokesperson Dudu Lushaba said the woman was apprehended on Monday afternoon, and police were on the trail of her accomplices, believed to be a work colleague and a friend. The woman will appear in the Johannesburg Commercial Crimes Court on Tuesday on charges of fraud.

She is alleged to have worked with a colleague who was a compliance accountant at the market, and was authorised to administer buyers’ guarantees.

“The guarantees were loaded into a buyer’s card belonging to a deceased person without the required supporting documents from the bank,” Lushaba explained.

The card was reactivated in October last year and loaded with R40,000 in guarantees. In March this year the guarantees were increased to R600,000 and then in July lifted again to R5.5m.

It is alleged that the pair worked with a third person who used the card to buy fruit and vegetables at the market, and then sold them off at discounted prices to various business owners.

“The three suspects then pocketed the proceeds from the sales,” said Lushaba, adding that the compliance accountant and the buyer are believed to have fled the country.

Johannesburg mayor Mpho Moerane commended the Hawks and the city’s Group Forensic and Investigation Service for the breakthrough.

“Corruption has no place in this administration and we will work tirelessly, and in collaboration with law enforcement agencies, to ensure that the residents of Johannesburg receive the quality services they deserve,” he said.

Anyone with information on fraud or corruption in Joburg can report it to the 24-hour tipoff hotline on 0800 002 587.

The Hawks have launched an investigation into the controversial R15m Lesseyton Sports Facility built in the Enoch Mgijima municipality.
News
3 months ago

Hawks net suspected drug dealer at Durban toll with R1.8m worth of heroin

The Hawks swooped on a suspected drug dealer at the Mariannhill toll plaza who was allegedly transporting heroin worth about R1.8m from Johannesburg ...
News
4 months ago

The Hawks arrested a 36-year-old man on Wednesday in connection with one of SA's biggest data breaches at credit bureau Experian in August 2020.
News
4 months ago

The Hawks have arrested a Phoenix man who was found in possession of nine smart TVs suspected to be stolen.
News
4 months ago
Next Article