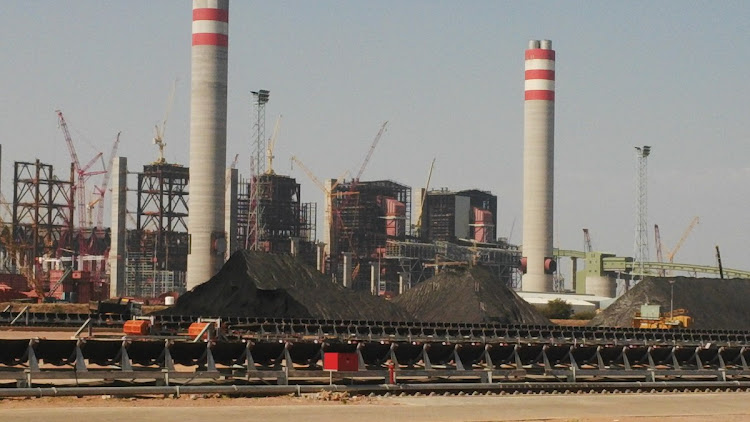 There will be no load-shedding as a direct result of the explosion at Medupi power station late on Sunday night.

The explosion in the station’s number four unit reportedly blew both ends off the generator and destroyed it.

“Load-shedding is never from a single incident unless we have suffered setbacks at other plants,” Eskom spokesperson Sikonathi Mantshantsha told TimesLIVE.

The unit had been offline for a scheduled two-week maintenance procedure when the explosion occurred, he said.

Mantshantsha said the damage was “extensive”.

How long and how much money it would take to fix the generator was unclear.

“There will be an investigation to determine what caused the explosion, when it will be repaired and how much it will cost.”

Eskom has placed employees under precautionary suspension after a preliminary investigation into the explosion at the Medupi power plant.
News
10 months ago

The loss of 700MW of power from the unit would not, on its own, result in load-shedding, Mantshantsha said.

Eskom said the accident occurred while technicians were displacing hydrogen with carbon dioxide and air to detect an external leak in the system.

“Following the power station’s preliminary investigation, it appears that while performing this activity, air was introduced into the generator at a point when hydrogen was still  present in sufficient quantities to create an explosive mixture, which ignited and resulted in the explosion,” Mantshantsha said.

Six Eskom employees have been suspended pending an investigation into whether they had deviated from the required maintenance procedure.

Trade union Solidarity said some of its members were among the suspended employees. The union agreed with Eskom that the explosion was not due to sabotage, as some reports have speculated.

With a designed generating capacity of 4,764 MW — making it the eighth-largest coal-fired power station in the world — Medupi was built to relieve some of the strain on the power utility’s ageing coal-fired “six packs”.

However, the project has been plagued by delays and cost overruns since construction started in July 2008.

The initial estimated construction cost ballooned from R80bn in 2007 to R234bn in 2019, the result of a weak rand and lengthy labour disputes which brought work to a halt for weeks at a time.

By the time the first unit began generating electricity in February 2015, the project was already three years behind schedule.

The power utility on Monday made a shocking announcement about the explosion which occurred on Sunday night.
News
10 months ago

The last of six generation units at the Medupi power station in Lephalale, Limpopo, attained commercial operation status at the weekend, Eskom said.
News
11 months ago
Next Article