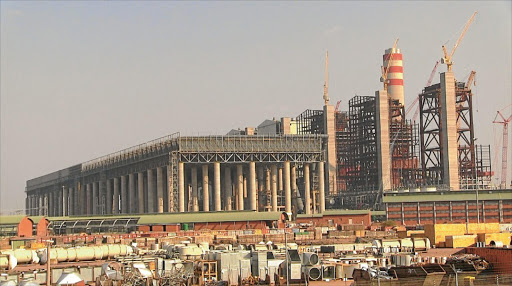 Reports of an explosion at Eskom's Medupi power station have been met with shock online, as scores questioned whether this will result in power outages.

The power utility on Monday announced there had been an explosion at Medupi's Unit 4 generator on Sunday night.

Eskom has so far given no indication of whether there will be power interruptions as a result of the blast.

It said though there were no injuries, seven employees were being treated for shock.

“The incident occurred during the activity to displace hydrogen with carbon dioxide and air respectively, for the purpose of finding an external leak.

“Following the power station preliminary investigation, it appears that while performing this activity, air was introduced into the generator at a point where hydrogen was still present in the generator at sufficient quantities to create an explosive mixture, which ignited and resulted in the explosion,” said Eskom.

The power utility said staff responsible for this task were put on precautionary suspension pending an internal investigation.

Here's what social media users had to say about the incident:

#Eskom #Medupi power station was officially operational for only 7 day before being crippled by an explosion. Not surprising at all. Flawed technology run by a broken SOE, with corrupt politicians in the background. A recipe for failure. Can't blame apartheid on this one guys!

Pictures of last night turbine explosion at Medupi Power Station. The explosion was huge, like I was more than 60km away from Medupi but I felt it. pic.twitter.com/xasVzbz8UH

Medupi was literally just opened... Aii no our state is under siege https://t.co/zGXwS0HYFH

Felt the tremors from the Medupi explosion 😩