Got a new TV or fridge in the past few days? Bheki Cele wants to see the receipts or you could get arrested 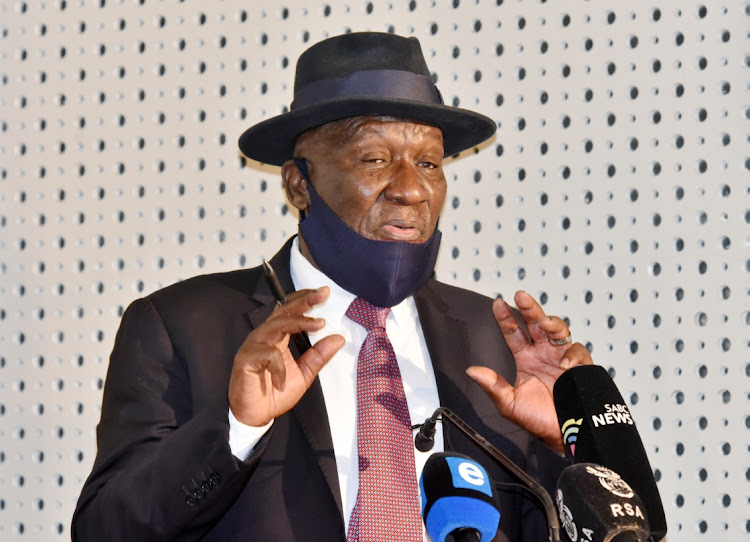 Police minister Bheki Cele briefs the media on the containment of violence protests taking place in some parts of the country.
Image: Freddy Mavunda

Police minister Bheki Cele has issued a stern warning for residents in Gauteng and KwaZulu-Natal, saying they will have to produce receipts for the new items in their houses or they will be arrested.

Over the past few days, the unrest in both provinces resulted in malls being looted and properties being damaged.

Looting and violence broke out in Gauteng at the weekend after days of protests in KwaZulu-Natal linked to the incarceration of former president Jacob Zuma.

Speaking on Newzroom Afrika, Cele said people should start preparing their purchase receipts as proof that the appliances they have in their homes were not part of the looted items.

The appliances include TVs, fridges, washing machines and stoves.

Cele said police will be going door-to-door, searching for the looted items.

“Everybody will have to be able to show us the receipts for those flat screens, fridges and all of that. This is a call we are making now.

“Prepare the receipts because if we come there and there are no receipts and the items were looted, we will loot you out of your house,” said Cele.

Quick-thinking Tugela Ferry Mall centre manager Mduduzo Sikhakhane and his colleagues  saved a Shoprite from being looted by pouring cooking oil and water onto the tiles outside the store on July 12 2021.

According to the acting minister in the presidency Khumbudzo Ntshavheni, 1,478 people have been arrested so far in connection with mass looting in both provinces.

Addressing the media on Thursday, Ntshavheni said 392 arrests were made over Wednesday and Thursday, bringing the cumulative number to 1,478.

More than 700 of these took place in Gauteng.

Of the confirmed deaths, 91 were reported in KwaZulu-Natal and 56 in Gauteng.

“At this stage, we still have capacity, but obviously it is going to increase the pressure on our correctional facilities including in the police cells,” said Lamola.

“We are working with the police to ensure we are able to manage the situation.”

A relative, who asked that she and the deceased family member not be named, said her granny died at about 6.45am on Tuesday at her home in Protea ...
News
1 year ago

'A state of emergency will be counterproductive in defending our democracy.'
News
1 year ago

The ANC and its alliance partners have called on the state to strengthen its efforts to stop the riots in parts of SA.
News
1 year ago

The current unrest in South Africa will likely prove costly for the country in terms of damage to property, dampening subdued confidence and weighing ...
News
1 year ago
Next Article