Military to be deployed in KZN and Gauteng as looting spreads 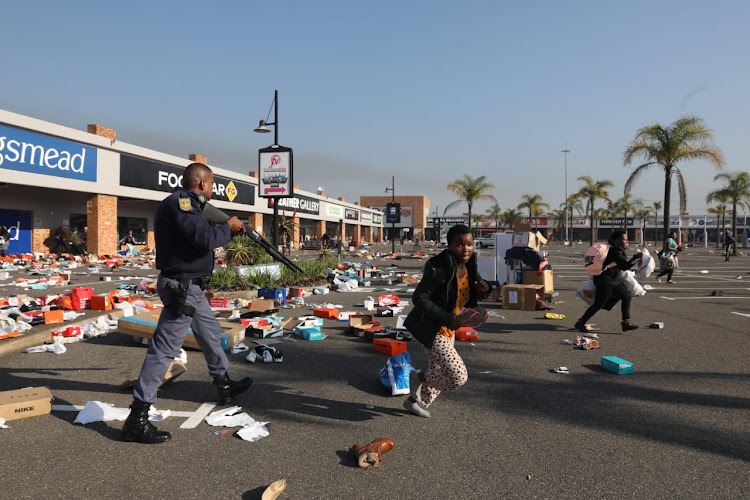 Police were outnumbered by looters in parts of Durban on Monday.
Image: Sandile Ndlovu

The cabinet has taken a decision to deploy members of the military in KwaZulu-Natal and Gauteng in the wake of the protests against the incarceration of former president Jacob Zuma.

The widespread protests, which have resulted in the looting and torching of shops and  trucks, has attracted the attention of the cabinet.

Insiders have told SowetanLIVe's sister publication TimesLIVE the decision to deploy the army was taken at a special meeting of the justice crime prevention and security cluster of the cabinet on Monday.

Sources also revealed the meeting is still ongoing but the process of informing parliament and other relevant stakeholders has started.

In terms of the law, President Cyril Ramaphosa, as commander in chief of the army, is obliged to inform parliament about military deployment within the country or abroad.

TimesLIVE has it on good authority that the army is likely to be deployed by the end of Monday.

It is understood the army will initially be brought in to assist police to quell the protests which are seemingly getting out of hand.

“The deployment will be according to the police plan. It’s not necessarily a deployment of soldiers. They will go where the police are saying they need a hand,” said an insider.

Looting of unprecedented levels has continued in Alexandra on Monday morning. The Pan African Mall was the main target as thousands of Alexandra ...
News
1 year ago

eThekwini officials have quashed speculation that city police officers were participating in widespread looting and criminality that has plunged ...
News
1 year ago
Next Article