Amabutho warriors joined MKMVA veterans in pledging their undying support for former President Jacob Zuma and have vowed to protect him while he faces 15 months imprisonment for contempt of court. Addressing members of the media, eldest son Edward Zuma expressed dissatisfaction with members of ANC and their handling of the situation.

After the Constitutional Court sentenced the former president to 15 months' imprisonment for contempt of court, the warriors have joined MKMVA veterans in vowing to protect Zuma.

Zuma, who had allegedly arrived late the evening before, briefly joined the amabutho outside his home.

While addressing members of the media, Zuma's eldest son Edward criticised members of the ANC after the postponement of this weekend's NEC meeting, to send senior party members to Nkandla. 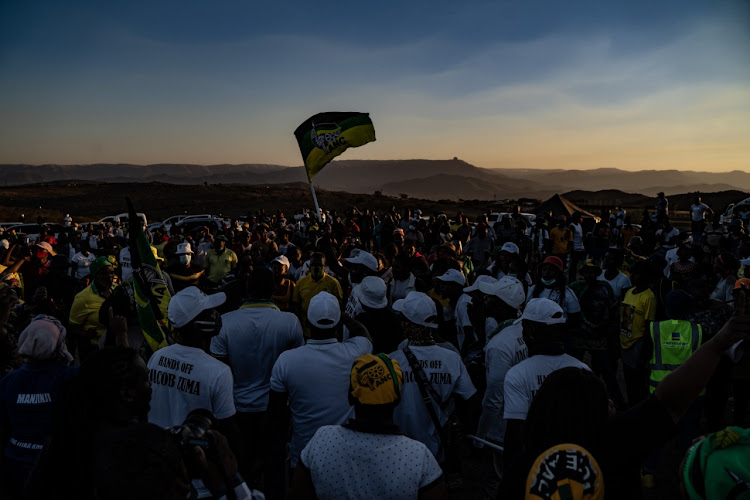 The Constitutional Court has granted Zuma a chance to make an application to rescind its judgment on July 12.