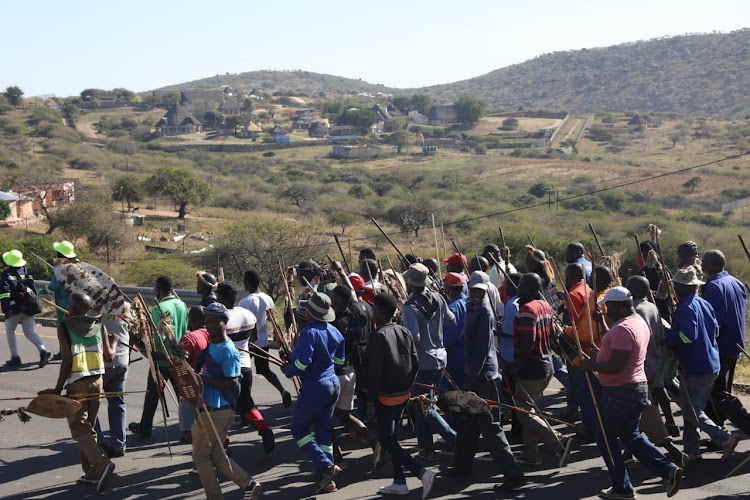 The SA National Defence Force (SANDF) has rubbished claims that it has deployed soldiers to Nkandla to confront supporters of former president Jacob Zuma.

Dozens of supporters have camped at the homestead to “protect” Zuma from incarceration. This follows the judgment of the Constitutional Court which sentenced him to jail for 15 months for his refusal to testify before the Zondo commission of inquiry into state capture.

“We would like to reassure South Africans not to be misled by these malicious reports intended to cause panic and chaos.

“The SANDF has not been deployed for any role in Nkandla,” said the SANDF in a statement.

During the briefing, spokesperson Carl Niehaus stated that veterans were ready to form a human shield around Zuma - willing to lay down life and limb ...
News
10 months ago

Zuma has applied to the Constitutional Court to rescind its order on Tuesday that he is guilty of contempt of court and sentenced to 15 months in prison.

On Friday, Zuma also urgently applied to the high court in Pietermaritzburg to stay the orders that required him to turn himself in by Sunday and to interdict the police from arresting him pending his rescission application to the Constitutional Court.

In the high court, he has also asked that the stay of imprisonment be kept in place pending a high court constitutional challenge to the “common law distinction of civil and contempt proceedings”.

His homestead in KwaZulu-Natal was a hive of growing activity as some arrived in the rural town ahead of his Sunday deadline to hand himself to ...
News
10 months ago

The tense political situation in KwaZulu-Natal over the looming incarceration of former president Jacob Zuma has forced the ANC to postpone its ...
News
10 months ago

Former president Jacob Zuma's supporters fired gun shots in the air as they led a motorcade from Eshowe to his rural homestead of Nkandla on Thursday.
News
10 months ago
Next Article