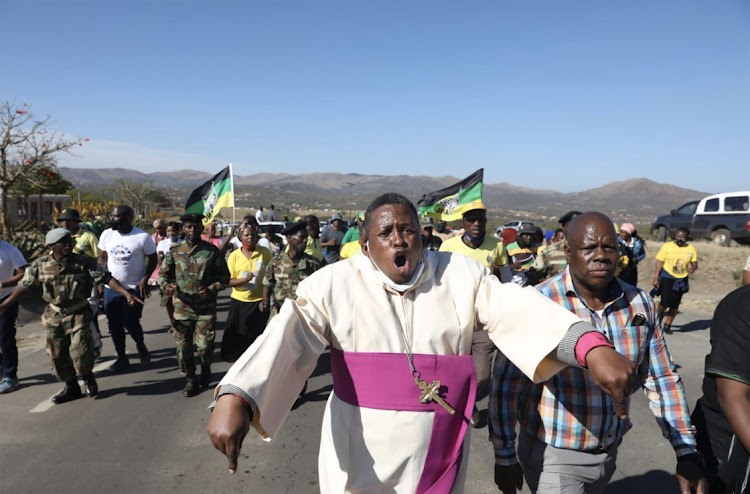 The tense political situation in KwaZulu-Natal over the looming incarceration of former president Jacob Zuma has forced the ANC to postpone its national executive committee (NEC) meeting which was due to start on Saturday.

TimesLIVE has seen an internal memo sent to all members of the ANC NEC by deputy secretary-general Jessie Duarte on Friday.

This follows a tense week in KwaZulu-Natal after a ruling by the Constitutional Court on Tuesday that sentenced Zuma to a prison term of one year and three months for contempt of court stemming from his refusal to appear before the state capture inquiry.

This week the sound of gunfire reverberated in Nkandla when a motorcade of Zuma supporters drove from Eshowe to lend him support, vowing they would rather be killed than allow the former head of state to be sent to jail.

The apex court has given Zuma until Sunday to hand himself over to prison authorities or be arrested by police by next Wednesday should he fail to do so.

In her memo to NEC members, Duarte said the situation in KwaZulu-Natal had the potential to spiral out of control and result in violence.

She said members of the NEC would be deployed to KwaZulu-Natal to help manage the situation.

“In arriving at this decision, the national officials were mindful of the situation developing in KwaZulu-Natal and the need for the ANC to give clear and principled leadership to ensure the maintenance of the rule of law and to avoid any violence, injury or loss of life.

“NEC members will be deployed to KwaZulu-Natal and will work with the provincial leadership in this regard.

“The new date for the NEC meeting will be communicated,” read Duarte’s memo.

ConCourt judgment 'judicially emotional and not consistent with our constitution': Zuma Foundation

His homestead in KwaZulu-Natal was a hive of growing activity as some arrived in the rural town ahead of his Sunday deadline to hand himself to ...
News
10 months ago
Next Article