Hitchhikers are robbing motorists in Mpumalanga, and falling victim too 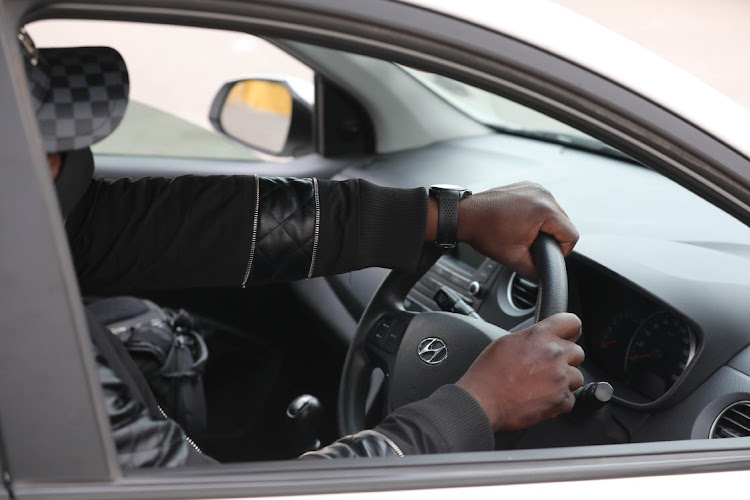 A spate of attacks on motorists who stop for hitchhikers has been reported in Mpumalanga. Hitchhikers have also become victims.
Image: ANTONIO MUCHAVE

Hitchhiking, particularly in Mpumalanga, has had some terrible consequences in the past few months.

Police spokesperson Brig Leonard Hlathi said in one of the latest reported incidents, a taxi driver who had offered a lift to a man who appeared to be stranded on the highway was allegedly kidnapped, robbed and left bound alongside a woman he was forced to rape.

“On May 30, a man driving a taxi offered a lift to a hitchhiker in Bronkhorstspruit,” he said.

“The person indicated he was going to the KG Mall at Vosman [in Witbank], but upon arrival he asked the driver to ferry him to another location so he could collect money to buy petrol for his vehicle,” said Hlathi.

“The hitchhiker went to a house and came out with another man. They both boarded the taxi and asked the driver to get moving. Along the way, they produced firearms and took over the driving.

“The suspects gave other hitchhikers lifts, then robbed,” said Hlathi.

“The worst stunt pulled on that day was when they gave two women a lift, dragged them to bushes together with the taxi owner and then forced him to rape one of the women while they took turns raping the other.

“Immediately after the horrible ordeal, the taxi owner as well and women were tied up by the suspects and left in the bushes. The captives were rescued by a passerby,” Hlathi said.

This was one of several incidents reported since the start of the year.

In March, a motorist offered a lift to three hitchhikers on the N12 in Delmas.

Traffic police save victims from road spike gang in Tshwane, kill one suspect in shoot-out

A gang targeting motorists with spikes placed across the road - forcing drivers to stop, before the vehicles' occupants are robbed - was foiled by ...
News
11 months ago

Police said the men were wearing overalls and reflector jackets, suggesting they had just knocked off from work.

“The driver sympathised and offered them a lift but they turned against him along the way. One suspect took out a rope and strangled the driver, forcing him to the back seat of the vehicle. They later abandoned him in a secluded area and fled with his vehicle,” said Hlathi.

In February, a hitchhiker fell victim to a person who offered him a lift. He was also picked up in Delmas. Inside the car he had found three occupants.

“One pulled out a firearm and held the man hostage. The suspects robbed the victim of his laptop, cellphone and an undisclosed amount of cash before ordering him to alight from their vehicle,” Hlathi said.

Earlier this month, a similar incident was reported in the Sabie area when a hitchhiker was offered a lift in a vehicle with three occupants.

“The driver stopped the vehicle and demanded the victim’s cellphone while pointing a firearm at him. The suspects reportedly robbed the victim of  cash and bank cards and instructed him to electronically transfer cash to them. The suspects then ordered him to alight from their vehicle, firing some shots to scare him while he ran off,” said Hlathi.

This is one of several incidents reported on the Sabie/Hazyview stretch of road where hitchhikers have been stripped of their belongings.

“Some hitchhikers were held hostage and suspects used their bank cards to withdraw cash from ATMs against their will,” said Hlathi.

Police have called for hitchhiking to stop, highlighting that it posed a danger to motorists and hitchhikers.

Maj-Gen Thulani Phahla, acting provincial commissioner of Mpumalanga police, said: “We are aware of the economic challenges our people faced, but lives of citizens are more precious than anything.”