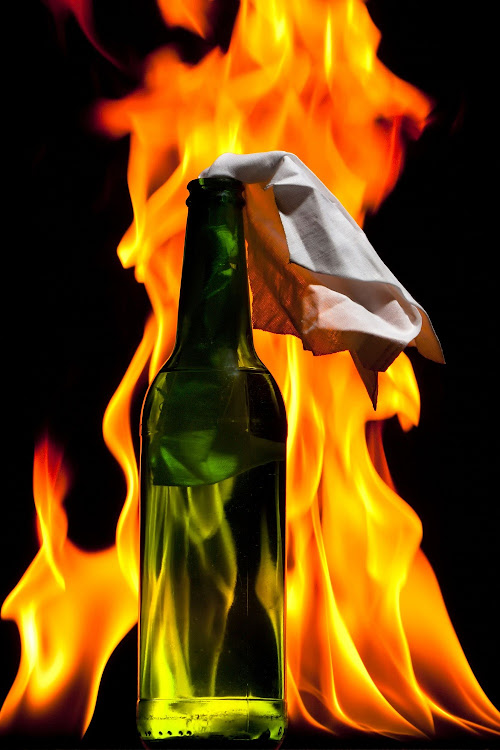 Criminals have started throwing petrol bombs instead of rocks to stop cars before robbing motorists.

Johannesburg Metropolitan Police Department (JMPD) spokesperson Wayne Minnaar said a petrol bomb was thrown off a bridge on the N12 close to Lenasia on Tuesday morning at about 2:30am. The petrol bomb missed the car.

“They’ve been throwing rocks there for a long time. It looks like this petrol bomb is a new method to damage vehicles for people to stop and then they attack the people‚ robbing them of their cellphones‚ valuables‚ money and so on.”

A police official apparently saw the incident and chased the criminals who fled into the dark of night. The police discovered three other petrol bombs left behind on the bridge.

Minnaar said motorists should be extra vigilant when driving at night and avoid speeding. “Drive cautiously so that if they do see suspicious activity‚ they can report it to the police.”