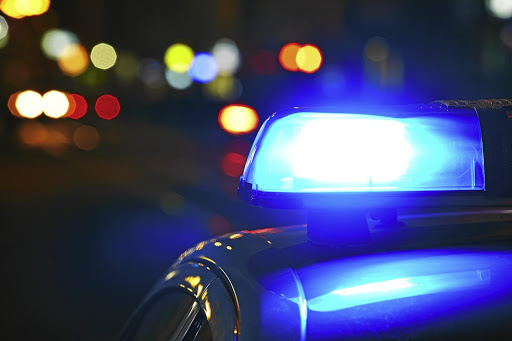 Crimes involving blue-light vehicles have been on the rise of late.
Image: 123RF

Police are investigating if two men they have arrested could be behind a string of crimes involving what is believed to be a blue-light gang.

On Friday, police arrested two men and recovered a VW Polo that was reported hijacked. Capt Mavela Masondo said police have been on a manhunt for people involved in hijackings who stop unsuspecting motorists while using vehicles with blue lights, posing as police officers.

"The search paid off when two suspects were arrested in Mabopane [north of Pretoria] a few hours after a hijacking occurred. The victim alleges that on Friday, 7 February 2020, at about 19.40pm, he was driving a grey VW Polo Trendline. He then parked the vehicle at his friend's gate. Suddenly, another vehicle parked behind his," Masondo said.

The victim told police that three men came out of the vehicle, which was flashing blue lights and were carrying firearms, posing as police. They introduced themselves as fraud unit members who are on investigations. Then the trio placed the victim in their vehicle while one of them entered the victim's vehicle, telling him that they are taking his vehicle to Midrand.

"To the victim's surprise, the cars took the direction of Soshanguve and he was dropped off at Block H of the township.

An elderly woman died after she and her husband were pulled over and hijacked by alleged "blue light" robbers on the R59 in the south of Johannesburg ...
News
1 year ago

"Tracker was activated and led the police to a house in Mabopane. The hijacked vehicle was found locked in the garage. The vehicle used to commit the carjacking was also found in the yard - a silver Corsa fitted with blue lights on the dashboard. Two suspects were arrested. Investigation is under way to establish if these suspects are not linked to similar incidents," Masondo said.

Hijackings and crimes involving blue-light vehicles have been a problem for the police in Gauteng. Just five days before the arrest on Friday, an elderly woman was found dead after she and her husband were pulled over and hijacked by suspected blue-light robbers in Sedibeng, Vereeniging. The couple, who were returning home after attending a prayer meeting in Meyerton, were pulled over by a car with blue lights.

Four men jumped into the couple's Toyota Hilux bakkie and drove off with them. The vehicle was tracked and ultimately found in the veld on the R550, about 5km from where the woman's body was found.

In other cases in the past, a blue-light gang would follow its victims from OR Tambo International Airport and later pull them over on the road, robbing them of their items or attacking them.